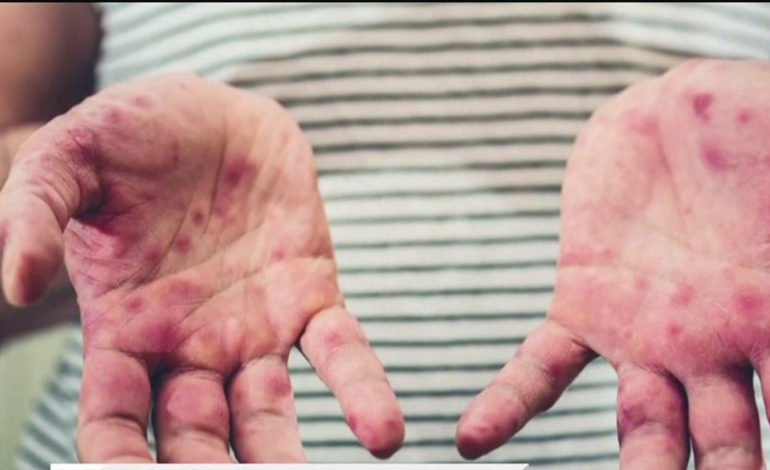 PONTIAC — The state health department has confirmed five more cases of measles in Oakland County, as of Friday, April 4.

The recently confirmed cases bring the case count to 38 in Oakland County and one in Wayne County. This is the highest since 1991.

In a press release, officials said the individuals infected range in age from 8-months-old to 63-years-old.

On Friday the Oakland County Health Division posted an updated list of exposure locations at Oakgov.com/health. There are no public exposure sites for the Wayne County case.

The U.S. Centers for Disease Control and Prevention reported that last week there were 387 cases of measles confirmed in 15 states, which surpasses the count of 372 cases for all of 2018.

Measles is a highly contagious disease that is spread by direct person-to-person contact and through the air. The virus can live for up to two hours in the air where an infected person was present.

Symptoms can include a high fever, cough, runny nose, red and watery eyes, tiny white spots on the inner cheeks, gums and roof of the mouth that begin two or three days after symptoms appear and a rash that is red, raised, or blotchy, usually starting on the face and spreading. They typically begin about seven to 14 days after exposure, but can appear up to 21 days after.

Residents are urged not to visit doctor offices or emergency rooms if symptoms develop unless they have called ahead so they can take precautions to prevent exposure to others.

In response to the latest confirmed cases, the Oakland County Health Division will host a measles vaccination clinic open to the public from 11 a.m. – 1 p.m. Saturday at the South Oakland Health Center, 27725 Greenfield Road in Southfield.

The nurse phone line will be open from 10 a.m. to 1 p.m. Saturday to answer any questions.