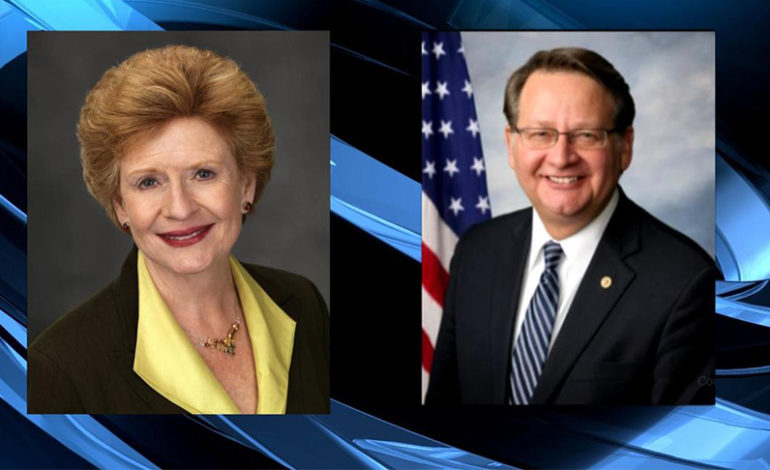 Senators Debbie Stabenow and Gary Peters (D-MI) cosponsors of the Anti-discrimination for Nonimmigrants (NO BAN) Act.

WASHINGTON D.C. — Senator Debbie Stabenow (D-MI) and Senator Gary Peters (D-MI) cosponsors of the National Origin-Based Anti-discrimination for Nonimmigrants (NO BAN) Act. The bill, introduced on April 10, repeals the three versions of President Trump’s Muslim ban and intends to clarify and strengthen the Immigrant and Nationality Act by ensuring that the nondiscrimination provision includes protection from religious discrimination and applies to all individuals traveling to the U.S.

“I’ve proudly stood with our Arab American and Muslim communities against the president’s executive order that hurts our families and businesses and does nothing to keep us safer,” Stabenow said. “It’s time to pass the NO BAN Act and put an end to this bigotry.”

“I’m honored to represent a diverse and vibrant Arab and Muslim American community that is vital to Michigan’s culture and economy,” Peters said. “As Ranking Member on the Senate Homeland Security Committee and a member of the Senate Armed Services Committee, my top priority is ensuring we’re doing all we can to keep Americans safe. We all agree there is more we can do to strengthen our national security, but the travel ban is a threat to America’s core values and serves as a recruitment tool for terrorist groups intent on doing us harm.

“I’ve heard firsthand how significantly this discriminatory ban has affected Michiganders, including making it harder to visit family and loved ones,” he said. “That’s why I’m helping introduce this bill that will not only end this current ban – but help reaffirm Congress’ role as a co-equal branch of government to the executive branch.”

On Monday, Dec. 3, 2015 then-candidate Trump called for a, “total and complete shutdown of Muslims entering the United States.”

Courts across the country blocked the first, second and third versions of the Muslim ban. On June 26, 2018, in a 5-4 ruling, the Supreme Court upheld the third version.

According to the Cato Institute, as of January 1, the ban kept out an estimated 3,742 spouses/fiancés and 5,542 adopted children of U.S. citizens.

Between December 8, 2017 and April 30, 2018, roughly 98 percent of people who applied for a visa did not receive a waiver. Cases abound where American citizens have waited for months or years to see loved ones while waivers remain in administrative processing.