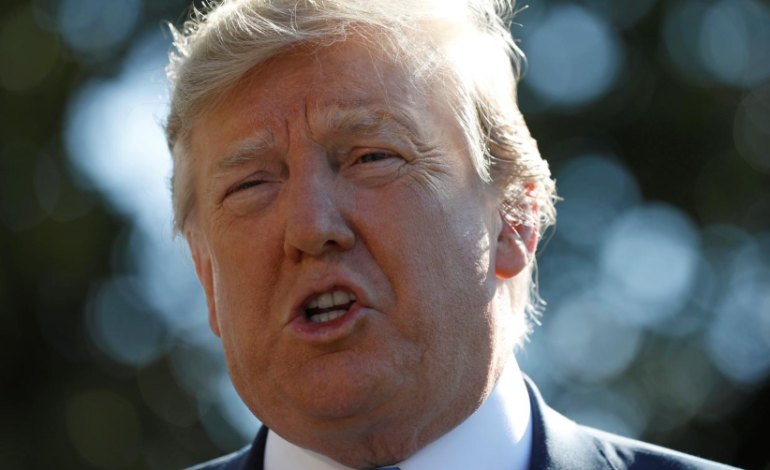 WASHINGTON, D.C. —President Trump has vetoed a resolution previously passed by both the Senate and the House of Representatives that sought to end U.S. involvement with the Saudi Arabia-led war with Yemen.

“This resolution is an unnecessary, dangerous attempt to weaken my constitutional authorities, endangering the lives of American citizens and brave service members, both today and in the future,” Trump said in a message to the Senate as he announced the veto.

Trump also said that the U.S. is “not engaged in hostilities in or affecting Yemen,” with the exception of “counterterrorism operations against (Al-Qaeda) in the Arabian Peninsula and ISIS.” Nor are any U.S. military personnel “commanding, participating in, or accompanying” forces of the Saudi-led coalition operating in Yemen, he said, according to a report from RT.

The U.S. currently provides intelligence sharing, logistics support, and until recently, in-flight refueling of aircraft with Saudi Arabia for the war.

As of November 2018, 6,872 civilians had been killed and 10,768 wounded, the majority by Saudi Arabia-led coalition airstrikes, according to the Office of the United Nations High Commissioner for Human Rights. Over 14 million people remain at risk for starvation and death according to the organization, due to repeated outbreaks of diseases like cholera.

Despite widespread protests and calls to end support for the war, Trump said the resolution would hurt U.S. “bilateral relationships,” counter-terrorism operations against Al-Qaeda and Islamic State (IS, formerly ISIS), and “negatively affect our ongoing efforts to prevent civilian casualties.” It also would “embolden Iran’s malign activities in Yemen,” Trump said.

Saudi Arabia has accused the Yemeni Houthis of being proxies of Iran. United States military intelligence has repeatedly said that its military support to the Saudi-led coalition is helping to reduce civilian casualties.

The war against the Houthis began in March 2015, but the Saudi-led forces have repeatedly and deliberately struck civilians in Yemen. About 60,000 Yemenis have died due to the conflict while another 85,000 have died from famine and malnutrition.

The veto is the second of Trump’s presidency.