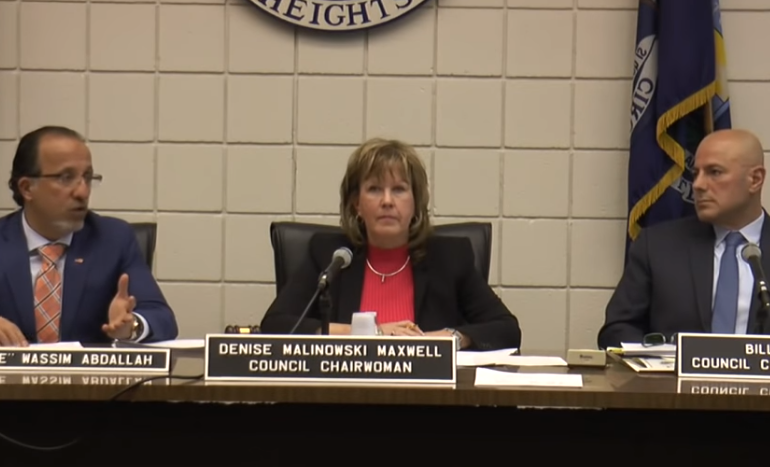 DEARBORN HEIGHTS — A resolution drafted by two City Council members has created controversy, as Mayor Daniel Paletko continues to stand his ground against a possible forensic audit that he and the city attorney have said is illegal, unnecessary and too costly.

On March 26, the resolution, which would enter the city into a contract with the law firm of Ottenwess, Taweel, & Schenk PLC to perform the audit on the city, passed by a 5-2 vote.

Paletko vetoed the resolution at last Tuesday’s meeting, but City Council members overrode the veto with another 5-2 vote, reintroducing the resolution once again.

Despite the Council’s insistence, Paletko refuses to back down.

“If the City Council majority overrides my veto, I fully intend to exercise every legal option available to me,” he said in his veto.

“I will refuse to give in to this misguided and illegal, political witch hunt. I will refuse to sign any agreement with the law firm of Ottenwess, Taweel & Schenk, PLC.”

Paletko doubled down on his statement that the resolution is illegal. He said it would be “putting the cart before the horse” and that if the Council wanted to have an objective financial review done, it would first hire an accounting firm, not a law firm.

“Further, I shall not authorize any payments to the law firm of Ottenwess, Taweel & Schenk, PLC or any of its agents,” Paletko added. “Consistent with the oath I took years ago, I will continue to protect the city, its citizens and its future to the very best of my ability.”

City Attorney Gary Miotke said he tried to give legal advice at the April 9 meeting before being cut off.

According to Miotke, Paletko quoted the Michigan Supreme Court opinion from Flint v. Board of Hospital Managers that the rule is often applied to municipal boards and officials, which states that, “according to authority, where the corporation has regular counsel, charged with the duty of conducting all the law business in which the corporation is interested, contracts for additional or extra legal services are unauthorized.”

Allowing the city to go forward with the forensic audit would violate the city charter, Miotke said.

The controversy centers around allegedly “missing” funds amounting to about $1.4 million. According to Paletko, the dispute was over the expenditure of PEG (Public, Educational and Governmental) funds, and no funds are actually missing.

Paletko had previously said those funds are audited by the independent accounting firm Plante Moran. The main question was over whether the funds should have been spent on anything other than equipment for the city’s broadcasting department.

In an interview with The AANews, Paletko said the issue was settled in March.

“It’s unfortunate that the term missing was used because nothing is missing,” Paletko said. “All of the funds of the city are audited.”

Dearborn Heights City Council Chair Pro Tem Bill Bazzi, who wrote the resolution for the forensic audit along with Council Chairwoman Denise Malinowski-Maxwell, said that concerns from citizens also factored into the decision to move for a new forensic audit, which is more thorough than a traditional city audit.

“Over the time I’ve been on the Council I’ve been seeing a lot of irregularities, a lot of things that don’t make sense,” he told The AANews.

“A lot of residents are bringing up stuff,” he said. “And any time we question the mayor, the mayor says he’s not aware; I’ve never heard of this before.”

Bazzi said he still wants to know exactly where the PEG funds were allocated, in order to make sure they were spent properly. He questioned why Mayor Paletko would rather spend money potentially taking the issue to court as opposed to spending money on a more suitable audit.

If money is a concern, Bazzi said, a price could be set ahead of time and anything over budget would have to be approved by the City Council.

He said that the process would not be illegal because the Council would be following the charter and the advice of an attorney.

The two council members to vote against the measure were Dave Abdallah and Bob Constan.

Abdallah told The AANews he believes the audit is more than likely going to occur despite Paletko’s assertions, although he voted against it. He said it may end up costing as much as $1-2 million, all for a service that is not currently necessary.

He also said Plante Moran is willing to sit down with Council members to discuss their findings before any possible next steps.

“I voted against this because I felt, in my opinion, we have jumped way too fast to go from our current auditor,” he said, adding that Plante Moran is a very reputable firm that does audits for many communities and has already audited Dearborn Heights.

“To go from that to a forensic audit is too fast of a step and too high of a cost,” he added. “It’s a complete waste of taxpayer dollars. I’m totally against it, not maybe against it.”

The full April 9 meeting can be seen below via the city of Dearborn Heights YouTube channel.