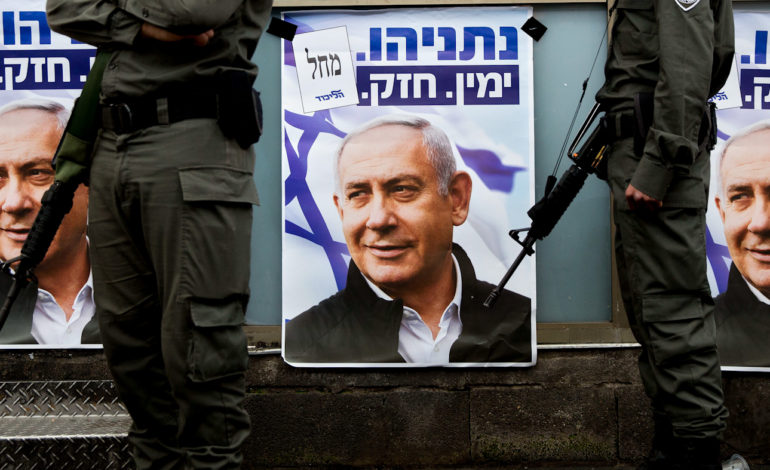 So, what have we learned from the Israeli legislative elections on April 9?

To start with, don’t let such references as the “tight race” between Israeli Prime Minister Benjamin Netanyahu, and his main rival, Benny Gantz, fool you.

Yes, Israelis are divided on some issues that are particular to their social and economic makeup. But they are also resolutely unified around the issue that should concern us most: The continued subjugation of the Palestinian people.

Indeed, “tight race” or not, Israel has voted to cement Apartheid, support the ongoing annexation of the occupied West Bank and carry on with the Gaza siege.

In the aftermath of the elections, Netanyahu emerged even more powerful; his Likud party has won the elections with 36 seats, followed by Gantz’s Kahol Lavan (Blue and White) with 35 seats.

Gantz, the rising star in Israeli politics, was branded throughout the campaign as a centrist politician, a designation that tossed a lifeline to the vanquished Israeli “left”— of which not much is left anyway.

This branding helped sustain a short-lived illusion that there is an Israeli alternative to Netanyahu’s extremist right-wing camp.

But there was never any evidence to suggest that Gantz would have been any better as far as ending the Israeli occupation, dismantling the Apartheid regime and parting ways with the country’s predominantly racist discourse.

In fact, the opposite is true.

Gantz has repeatedly criticized Netanyahu for supposedly being too soft on Gaza, promising to rain yet more death and destruction on an a region that, according to the United Nations, will be unlivable by 2020.

A series of videos, dubbed “Only the Strong Survives”, were issued by the Gantz campaign in the run up to the elections. In the footage, Gantz was portrayed as the national savior who had killed many Palestinians while serving as the army’s chief of staff between 2011 and 2015.

Gantz is particularly proud of being partly responsible for bombing Gaza “back to the stone age.”

But then again, why vote for Gantz when Netanyahu and his right-wing extremist camp are getting the job done?

Sadly, Netanyahu’s future coalition is likely to be even more extreme than the previous one.

Moreover, thanks to new possible alliances, Netanyahu will most likely free himself of burdensome allies, the likes of former Israeli Defense Minister Avigdor Lieberman.

One significant change in the likely makeup of the Israeli right is the absence of such domineering figures, who, aside from Lieberman, also include former Education Minister Naftali Bennett and former Justice Minister Ayelet Shaked.

All the grandstanding from Bennett and Shaked, who had recently established a new party called “The New Right”, didn’t even garner them enough votes to reach the threshold required to win a single seat in the Israeli Parliament, the Knesset. They needed 3.25 percent of the vote, but only achieved 3.22 percent. They are both out.

Now the stage is wide open for the ultra-orthodox parties, Shas, which now has eight seats, and United Torah Judaism, with seven seats, to help define the new normal in Israel.

The Israeli left — if it was ever deserving of the name — received a final blow; the once prominent Labor Party won merely six seats.

On the other hand, Arab parties that ran in the 2015 elections under the united banner of the “Joint List” fragmented once more, to collectively achieve only 10 seats.

Their loss of three seats, compared to the previous elections, can be partly blamed on factional and personal agendas. But, that is hardly enough to explain the massive drop in Arab voter participation in the elections: 48 percent compared to 68 percent in 2015.

This record low participation can only be explained through the racist “Nation State Law”, which was passed by the right wing-dominated Knesset on July 19, 2018. The new Basic Law declared Israel as the “nation state of the Jewish people” everywhere, relegating the rights of the Palestinian people, their history, culture and language, while elevating everything Jewish, making self-determination in the state an exclusive right for Jews only.

This trend is likely to continue, as Israel’s political institutions no longer offer even a symbolic margin for true democracy and fair representation.

But perhaps the most important lesson that we can learn in the aftermath of these elections is that in today’s Israel, military occupation and apartheid have been internalized and normalized as uncontested realities, unworthy of national debate. This in particular should summon our immediate attention.

During election campaigns, no major party spoke about peace, let alone provided a comprehensive vision for achieving it. No leading politician called for the dismantling of the illegal Jewish settlements that have been erected on Palestinian land in violation of international law.

More importantly and tellingly, no one spoke of a two-state solution.

Netanyahu and his future government coalition of like-minded extremists are now armed with an unmistakably popular mandate to fulfill all of their electoral promises, including the annexation of the West Bank.

Moreover, with an emboldened and empowered right-wing coalition, we are also likely to witness a major escalation in violence against Gaza this coming summer.

Considering all of this, we must understand that Israel’s illegal policies in Palestine cannot and will not be challenged from within Israeli society.

Challenging and ending the Israeli occupation and dismantling Apartheid can only happen through internal Palestinian resistance and external pressure that is centered around the strategy of Boycott, Divestment and Sanctions (BDS).

It is now incumbent on the international community to break this vicious Israeli cycle and support the Palestinian people in their ongoing struggle against Israeli occupation, racism and apartheid.