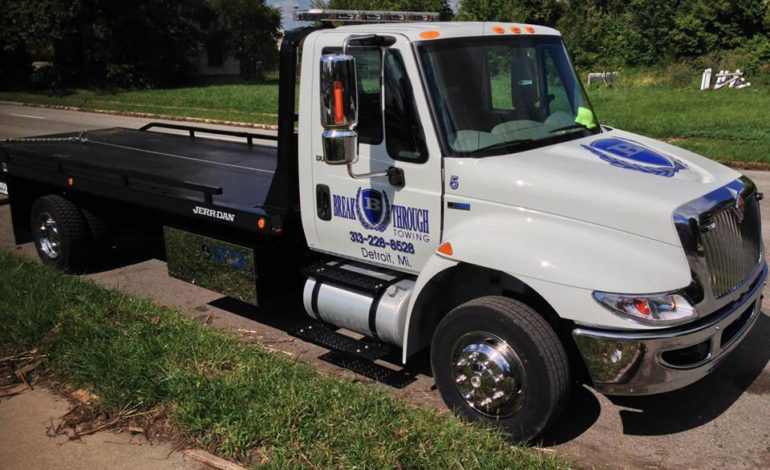 Alongside stories in major local news outlets about these practices, the Michigan State Police has sent a cease and desist letter to the company. Additionally, Breakthrough Towing’s authority to operate in the city was revoked in January, after it failed to reapply to the state.

Reports about Breakthrough Towing stalking customers at different locations in midtown Detroit and Hamtramck began to surface last year when drivers expressed the belief that their cars had been targeted even when they would patronize businesses for normal amounts of time.

After the Metro Times, the Hamtramck Review, Fox 2 News and other local media outlets reported on Breakthrough Towing, AAA pulled its contract with the company last September. The city of Detroit’s Buildings, Safety, Engineering and Environmental Department also fined the company for blight and code violations.

This past February, the company inconvenienced one of our own reporters, Farah Harb. Her car was towed from a privately owned parking lot on the Wayne State University campus, where Breakthrough operates, and her car was impounded.

“They charged me $375 plus another $25 for keeping the car in impound overnight,” Harb said. “They made me wait so I would pay more, then made me pay cash and did not tell me I needed to take the receipt to Detroit Police Department to remove my car from the system.

“Now, a month and half later, my car shows as impounded in the DPD system and I am unable to renew my registration,” she added.

Harb said the neither the police nor the towing company could give her a clear answer as to why her car was still in the system.

An officer at Detroit’s Fourth Precinct told Harb that it had been reporting misconduct by the company to the state. The officer also informed her that the police plan to return money to some of the towing company’s alleged victims.

Tony Paris, lead attorney at Sugar Law Center, has worked on the class action lawsuit and has represented plaintiffs in disputes against the company. He told The AANews that the company’s actions have created a consumer nightmare in cities in which it operates because it doesn’t follow towing laws and fails to issue notices of abandoned vehicle.

“It is common for Breakthrough to not issue these notices,” he said. “The notice of abandoned vehicle is very important if someone wants to dispute the underlying tow, where (the car) was towed from or the amount of money and the reasonableness of the fees.

“Without the notice, you are unable to dispute the tow in 36th District Court,” Paris added. “People aren’t getting the notice because the company is not reporting things in. Additionally, the city and state seem to be looking the other way as this goes on. This is a procedural due process problem and is part of our lawsuit.”

Harb said she wasn’t issued such a notice.

Paris and his associates got word that employees of businesses that have had contracts with the company, like the McDonald’s in midtown Detroit, would call in tows on their own customers and were getting kickbacks for doing so. Midtown Liquor on Woodward Ave. in Detroit, told Paris that it was not calling in some of the tows that Breakthrough was taking.

The McDonald’s has since canceled its contract with the towing company.

Paris and his team first became interested in the company when it had gotten reports that drivers were being unlawfully towed from the CVS parking lot in Hamtramck.

“Towing laws are clear in a couple of ways that Breakthrough and police departments openly ignore,” he said. “If a victim of the tow returned to their car prior to the car being removed by the tow truck, even if its on top of the tow truck, the tow company must relinquish the car.

“Breakthrough’s position that they have to take the car, and the fact that police departments have let them take these cars, is very problematic,” he added.

Paris said that because of these activities, he has taken the case out of state court and has filed it in federal court as part of a RICO charge against the company.

An employee at Breakthrough Towing told The AANews that the charges were false and that the company wasn’t in violation of state towing laws. The employee added that the company had contracts with all of the businesses from which it towed vehicles, including the CVS in Hamtramck, contrary to what the legal case claims.

When asked to comment on McDonald’s decision, the employee said Breakthrough was “letting things cool down” at that location.