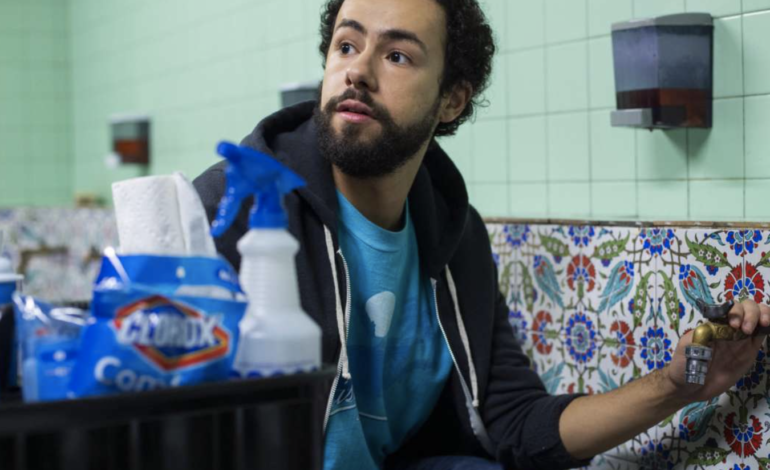 He said using his name and face for the character makes the project unique compared to things he’s worked on in the past.

“It’s been exciting to position the story of a practicing Muslim as the centerpiece,” he said. “Just the idea that we’re watching someone engage with their faith as opposed to trying to erase it.”

He said focusing on an Arab, Muslim family for a comedy creates a different point of view to explore.

Merheje, who grew up in Windsor, Ontario, said growing up in Lebanese culture gives him a similar outlook.

Youssef said he and Merheje met at the New York Arab American Comedy Festival about 10 years ago.

“In terms of representation, we get to be shown outside of the context of violence,” Youssef said. “We get to be shown engaging in faith in an honest way and people get to meet us and see our problems and realize they might have the same problems, too. I think that humanizes us and allows even people who aren’t from this background to see a little bit of their family in the family that we’re showing here.”

Youssef said even though social issues are present, he feels like the show doesn’t really get into politics.

“I think the show is only political because our identity has been politicized,”  he said.

Youssef said that characters in the show aren’t based on specific people, but share patterns and true emotions with people from real life such as the character Ramy’s anti-Semitic uncle Naseem.

“Everyone has an uncle Naseem, even if you’re not Arab,” he said. “Your uncle maybe says stuff about Black people or Muslims. It’s algebraic in a sense.”

He said he thinks anyone can see elements of their own family in the story and that his namesake character shares emotional similarities rather than factual ones.

Merheje said his own character, Ahmed, is not true to his personal life, but does share two awkward traits.

“The focus that the character has and his belief; I’m not as focused,” Merheje said.

Youssef said he thinks the show is relatable directly because of its major theme of faith.

“I think a lot of people don’t know where they fit in,” he said. “This character doesn’t really question his faith. He’s really struggling with where he fits within it. He looks at his desires and his ego and he’s trying to put them in check with what he believes.”

“[Ramy] is pulled by what he wants to do, so there’s a back and forth struggle,” he said. “I think anyone can relate to that.”

In episode five, Ramy struggles with high expectations of himself over Ramadan, which leads to disappointment.

“That’s anyone,” he said. “That’s someone that starts the day off by exercising and downing a green shake. Then later they eat a Big Mac.”

Youssef said the show also creates a place for a critique of masculinity.

“What this show looks at is what does it mean to be a man?” he said. “I think that’s a lot of what this Ramy character is going, through. He has this idea of what it’s like from his uncle and from his father. There are all these different ideas of how you should be and how you should behave.

“I think that men being introspective is something we really have to do right now,” he added. “It’s something that we try to do in the series. I think we do a good job, but I think there are other things that we can mature from just like the character can.

“It’s something that’s important to discuss. I hope it pushes that conversation about masculinity.”

“I think dudes have to seriously look within and check their behavior,” he said. “I think the show is just about trying to learn.”

The show, based on Youssef’s standup material, is produced by Jerrod Carmichael, who became interested in Youssef’s ideas more than two years ago.

“I think people were really excited about the point of view we were offering with someone engaging with their faith,” Youssef said

He said communication resulting from people watching the show is what excites him most.

“There’s been a lot of really awesome conversations,” he said. “I think we touch on a lot of things that the Arab community doesn’t want to talk about and has trouble talking about.

“The show is very sexual, which is something we tend to shy away from,” he added. “It’s exciting to use a comedy on T.V. to overcome the types of conversations maybe we don’t have in real life.”

Youssef said people he knows have opened up conversations with their families because of the show.

“What I hope it most inspires is that we can tell really unique stories,” he said. “I think it opens the door for a lot of narrative that this show is unable to cover.”

The entire first season of “Ramy” can be found on Hulu.com. Youssef recently signed for his first stand-up comedy special on HBO to be filmed in New York City this spring.