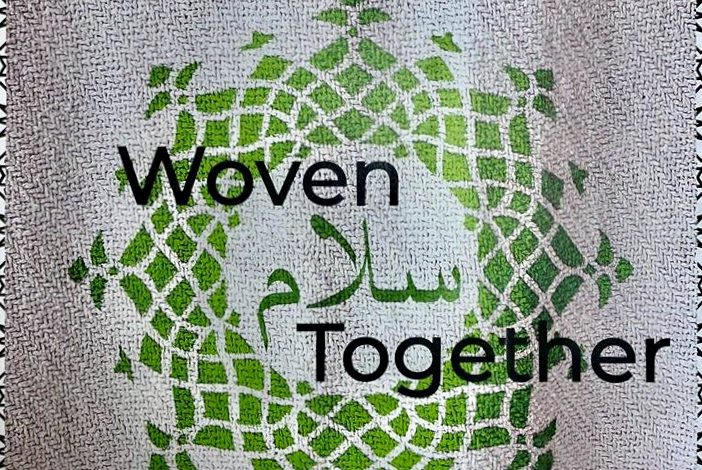 Many of the 12 artists featured have had works displayed in international exhibits and careers spanning decades. With artistic training in both U.S. and Middle Eastern art institutes, the artists’ works explore cross sections of Arab American perspectives. They also bring together skills and practices informed by the artists’ multicultural backgrounds.

The exhibit comes in time for National Arab American Heritage month and kicked off with a reception at the center on April 12. The show runs until Friday, May 3.

Bill Dwyer, director of the PCAC, organized the first Arab American Art Exhibition in 2015. The center was closed last year due to a roof leak. According to Dwyer, this project was a collaboration with Michigan based artist Ilham Mahfouz, who teaches ceramics at the center.

“Since the center is dedicated to showcasing Metro Detroit’s many cultures, I thought we should include an Arab American celebration in April,” Dwyer said. “Ilham has helped make contact with other Arab American artists in the area. Getting to know Ilham and some of her friends, who are all skilled painters and multimedia artists, really drew me to a rich and dynamic Arab American art tradition.

“We are part of a diverse community here in Pontiac,” Dwyer added. “We do projects with kids from all types of ethnic and cultural backgrounds. I see them do art together, without the appearance of any kind of conflict over someone else’s background. They just get along and it’s often us adults that screw that up.”

The building was graffitied with racial slurs following the announcement of the first exhibit. Dwyer painted over the message and said it did not deter him from putting on the exhibit at all.

“Cowering down to such acts doesn’t help anyone,” Dwyer said. “It’s a little disappointing, but the reception and support for the exhibit has been really good. It is obvious to me that the Arab community supports each other and buys art. The gallery sparks lots of lively conversations amongst patrons.”

Mahfouz told the Oakland Press that she hopes visitors can come away from the exhibit with a new understanding of Arab American culture.

“What’s most important is for them to walk away not thinking Arab people are fanatics or terrorists,” she said. “I want them to be seen as human beings, with respect and dignity just like every other human being.”

Metro Detroit-based Syrian artist Rana Loutfi has two pieces in the gallery that emphasize her multicultural approach to art.

“I was trained in fine arts at Damascus University and have shown art in Europe, Middle East and recently in the U.S.,” Loutfi said. “I want my practice to reflect my relationship between my upbringing in a rich, historic part of the world and my current experience as an Arab American artist. I like mixing the old with the new and taking things into a third direction. “Connecting with Arab American artist in the Detroit area has been very fruitful,” she added. “I am able to understand and learn from artists that have long, prolific careers. It is a testament to the strength of Arab American culture that I can share experiences with such artists.”

Loutfi has won international awards for her art. She also has work displayed at the Robert Kidd gallery in Birmingham. She is part of an upcoming exhibition at the Black Box gallery in Dearborn titled “Artists of the Arab Migration.”

“Art is a language that crosses racial, cultural and national lines,” she said. “Art gatherings can inject positivity into a community that is in need of healing.”

More information on Loutfi’s painting and graphic design work can be found at www.damaskart.com

The Pontiac Creative Art Center is located at 47 Williams Street in Pontiac.