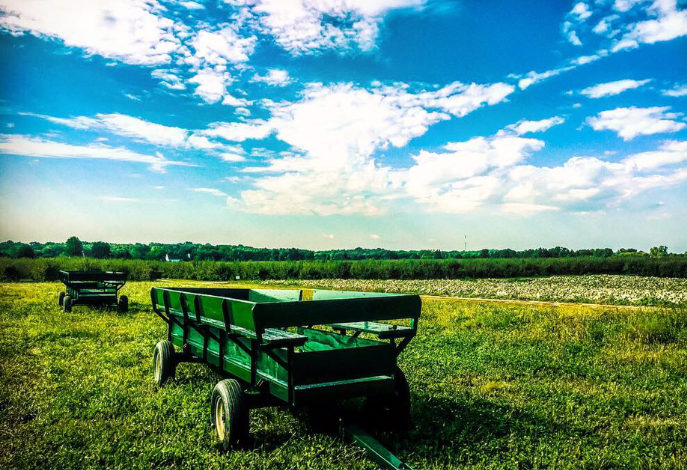 -Photo by The AANews

DEARBORN – To commemorate Earth Day, the global holiday to celebrate life, more than two dozen institutions and organizations in the Metro area hosted an activity or event in honor of the holiday. Educational institutions hosted celebratory activities that included collecting roadside trash and wearing T-shirts, sweaters or jerseys that celebrated day.

“To commemorate this global holiday celebrating life, we offer an opportunity for our visitors to learn about actions they can take to sustain a clean, green environment,” said Amy Greene, nature centers director of the DZS.

Crafts included seed balls that are made of soil, clay, and seeds to throw-and-grow plants.

“These plants will attract and feed the local pollinators that are so vital to environmental health,” Greene said.

The event was open to the public and featured members of the EcoWorks Youth Energy Squad. Resources about home-based energy were provided and members of the Detroit Garden Center delivered a presentation on native plants and their relationships with beneficial insects.

The Islamic Institute of America (IIA) in Dearborn Heights also held a friendly celebratory activity on Sunday, April 21. The celebration included planting flowers around the mosque and a clean-up activity.

Earth Day, which was celebrated on April 22, was founded in 1970 as a day of education about environmental issues; the holiday is a global celebration by raising public awareness on pollution, environmental protection and other rising concerns.

The event was established after peace activist John McConnell proposed a day to honor the Earth to the United Nations Educational Scientific and Cultural Organization (UNESCO) in 1969.  The first Earth Day was effective at raising environmental issues and transforming public attitudes on protecting the environment.

Since then, Earth Day celebrations have grown, with one billion people in more than 170 nations participating. Numerous communities celebrate Earth Week, an entire week of activities focused on the environmental issues the world faces.

According to the Earth Day Network (EDN), more than one billion people are involved in Earth Day activities, making it “the largest secular civic event in the world.”