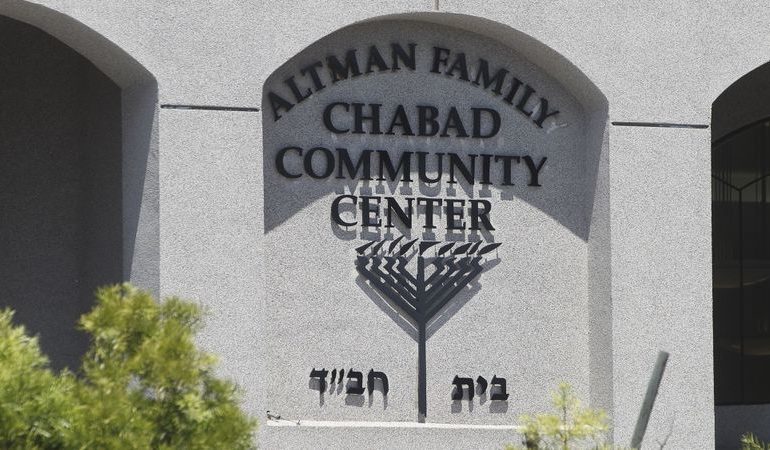 POWAY – The 19-year-old suspect accused of opening fire at a synagogue in Poway on Saturday brings concerns about rising incidents of anti-Jewish hate across the nation.

Police say the gunman walked into the suburban San Diego synagogue late on Saturday morning, the last day of the week-long Jewish holiday of Passover, and killed one woman and wounded three other people inside, using an assault-style rifle.

The mayor of Poway said the attack appears to be motivated by hate.

“I understand that this was someone with hate in their heart, hate for the Jewish community,” he said of the attacker.
President Trump added: “At this moment it looks like a hate crime. But my deepest sympathies to all of those affected. And we’ll get to the bottom of it.”

According to authorities, the suspect, John Earnest, then fled in a car before calling police to hand himself in.

“We believe he acted alone and without outside support in carrying out the attack,” San Diego County Sheriff Bill Gore said in a statement.

The incident comes six months after a man with a history of posting anti-Semitic and anti-immigrant social media messages opened fire at a temple in Pittsburgh, killing 11 people and wounding six more.
National Jewish groups, many whose leaders heard about the attack hours after it happened because they were observing the Sabbath and last day of Passover, were mourning.

“This shooting is a reminder of the enduring virulence of anti-Semitism,” said the president and chief executive of the Anti-Defamation League, Jonathan Greenblatt, in a statement. “It must serve as a call to action for us as a society to deal once and for all with this hate. People of all faiths should not have to live in fear of going to their house of worship. From Charleston to Pittsburgh to Oak Creek and from Christchurch to Sri Lanka, and now Poway, we need to say ‘enough is enough.’ Our leaders need to stand united against hate and address it both on social media and in our communities.”

Michael Masters, CEO of the Secure Community Network, a group that offers training and resources to synagogues on security, said his group was working with local and federal officials to help the Poway community.

“We remind synagogues and Jewish facilities everywhere that we must take steps to prevent and protect against attacks…. Today’s shooting is a sad reminder that the need has not gone away,” he said in a statement.