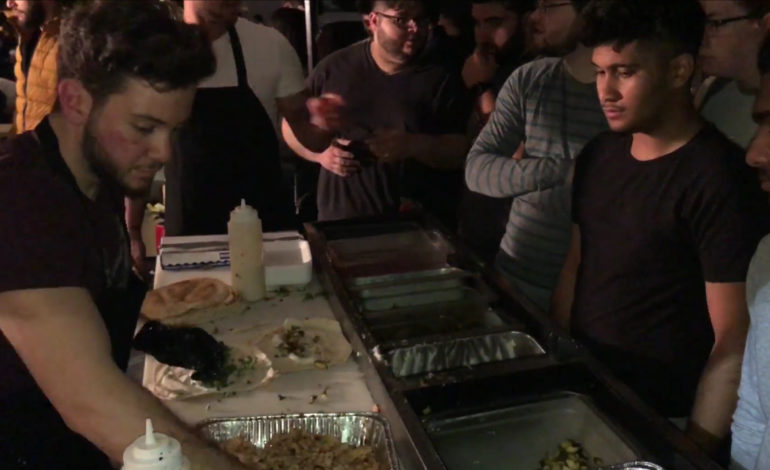 The first Ramadan Suhour Festival in Dearborn Heights in 2018

“I thought, ‘Since this is going on and everyone’s enjoying it, why don’t we centralize this?’” He said. “That’s where the idea came from.”

Chami said this year there will be more vendors and ambient lighting at the festival.

“Last year it was beautiful, but it was crazy,” he said.

He said the festival is intended to be a place for people to respect the month of Ramadan as well as enjoy and congregate.

“There won’t be music or alcohol,” Chami said. “We want a platform for people to hang out, but also reflect on the month.”

Dave Abdallah, a real estate agent in Dearborn Heights, said he helped to develop the festival this year. The first Ramadan Suhour Festival in Dearborn Heights in 2018

Abdallah said there’s plenty of parking available and room for the 25 vendors at the new venue.

“It’s very traditional in the Middle East for people go out and sit and socialize when they break their fast,” he said. “The same thing’s not being done in the United States, but that’s what this is going to be.”

Abdallah said food varieties will include everything from Shawarma to Coney Islands and that other social interest groups a voter registration will also be available. “We’re trying to be a more diverse community,” Abdallah said. “We’re open to all cultures and we’re trying to embrace Arab Americans in the city. We’re trying to create cohesion between residents and non-residents to be able to come in, try the food and enjoy life together to create love instead of hate for the whole community.

“I think it will be a great thing for the city,” he added. “It was an honor to be able to help coordinate it.”

Chami said as a co-owner of Healthpro Pharmacy in Dearborn, he has a goal for the new business owners in the city.

“As a business owner in Dearborn, I think it’s very important for people to take the money they’re  making and reinvest it back into the city,” he said. “A lot of young vendors are coming in and I want to create a culture for them to understand how to work together rather than compete against each other, how to support each other and work hand-in-hand.”

“I hope that they get their exposure at this festival and continue to hand that forward in the future,” Chami said.