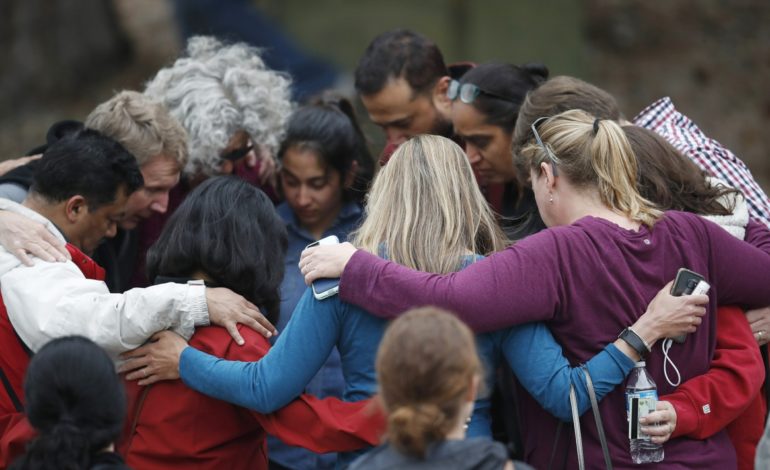 Highlands Ranch, Colorado – Two students at STEM School in Highlands Ranch in Colorado opened fire at their school on Tuesday, killing one student and injuring eight others.

According to AP, the two students walked into the school with multiple weapons and began shooting students in two classrooms. Deputies from a nearby police station responded to the site immediately and apprehended the shooters after a struggle. Police could hear gunshots as they arrived at the school. One of the armed students was apprehended by a school security guard.

At a press briefing earlier today, Douglas County Sheriff Tony Spurlock confirmed that one of the suspects was 18-year-old Devon Erickson. Erickson is set to make an appearance in court today.

As for the other suspect, Spurlock told reports that the police department had originally thought they had a juvenile male in custody.

“Through our interviews (Tuesday) late afternoon, (it was) determined that we have a juvenile female that is in custody right now who is the other suspect,” he said

The student killed in the incident was identified by Douglas County Coroner’s office as 18-year-old Kendrick Castillo. Classmates said that he was killed after lunging at the two gunmen once they opened fire.

Castillo’s father, as well as others who knew him, told local television stations that the teenager was a hero and was known for his empathy, humor and love for those around him.

Spurlock said that of the 8 students injured, three remain in intensive care at area hospitals.

The charter school is located 7 miles from Columbine High School in Littleton, where 13 people were killed in a school shooting 20 years ago. The Denver area community had mourned the event nearly three weeks before Tuesday’s shooting.