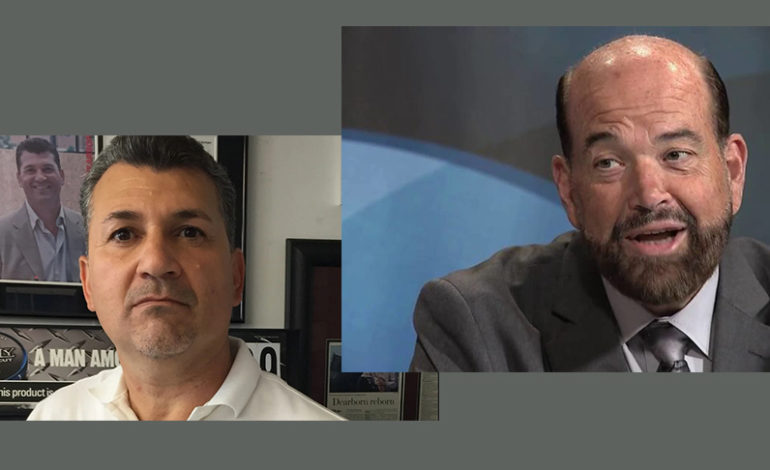 Fakhoury vs the City of Dearborn

DETROIT — A Dearborn police lieutenant was dismissed from a lawsuit filed by former real estate investor Hakim Fakhoury and his wife, April, on Tuesday in federal court, but two other claims will head to trial.

The Fakhourys had alleged that Lieutenant Andreas Barnett, a decorated 22-year veteran, falsified documents and issued false charges against Mrs. Fakhoury as part of a conspiracy involving other city officials, including Mayor Jack O’Reilly and a former business partner of the Fakhourys.

The trial was not allowed to proceed on a conspiracy claim after it was found that Bennett had probable cause to seek charges against April Fakhoury for filing a false police report.

Also dismissed were two of Mrs. Fakhoury’s claims, of malicious prosecution against O’Reilly and the city’s corporation counsel, Debra Walling.

The court will allow for two remaining constitutional claims to proceed to a jury, on equal protection and First Amendment grounds against O’Reilly and Walling, according to the Fakhourys’ attorney, Shareef Akeel. The judge denied the city’s attempt to dismiss the constitutional case, Akeel added.

The lawsuit, originally filed in September 2016, stated that O’Reilly wanted to push the Fakhourys out of the city so that another businessman, Mike Hamame, could acquire the properties. Hamame is a former business partner of the Fakhourys.

William Debiasi, a city attorney, was also named in the original suit.

Attorney James Allen, counsel for the defendants, had no comment on the pending litigation other than to say that he looks forward to “fully vindicating” his clients.

In 2005, the city awarded DVP a preferred developer agreement. The project languished for several years while the development remained vacant. According to court records, Hakim Fakhoury’s assets were under the control of court-appointed receivers seeking to recover several million dollars he owed to his creditors.

In a sworn 2014 statement, filed in a lawsuit against one of his former partners, Fakhoury said, “No one with any interest in self-preservation would loan money to a guy with the debt load I have.”

The Fakhourys’ lawsuit seeks more than $34 million dollars from Dearborn taxpayers for the failure of their DVP project and the loss of their real estate empire.

“It would be easier to write the biography of Bernie Madoff in 25 pages than take 100 pages to document the legal problems related to businesses having nothing to do with the Dearborn development,” the city wrote in a legal brief according to court documents obtained by The Arab American News.

Fakhoury said that he believes the 46-page opinion written by the judge speaks for itself.

In it, the plaintiffs’ complaint says that tensions between the mayor and Fakhoury began to boil in early 2010 after the real estate developer voiced his concerns about city delays, permits and paid parking plans increasing his carrying costs. It alleges that mayor began instructing city inspectors to write up all of Fakhoury’s buildings, according to Chief Building Inspector Keith Woodcock. It also said that after O’Reilly became mayor, a Building and Safety inspector attempted to extort money from Fakhoury in order to gain city approval for his projects, which was the second alleged incident of this nature, among other accusations.

“We presented facts to the court and the court rendered an opinion, to me the opinion speaks for itself,” Fakhoury said.

He praised the work of Akeel, whom he called a “true civil activist.”