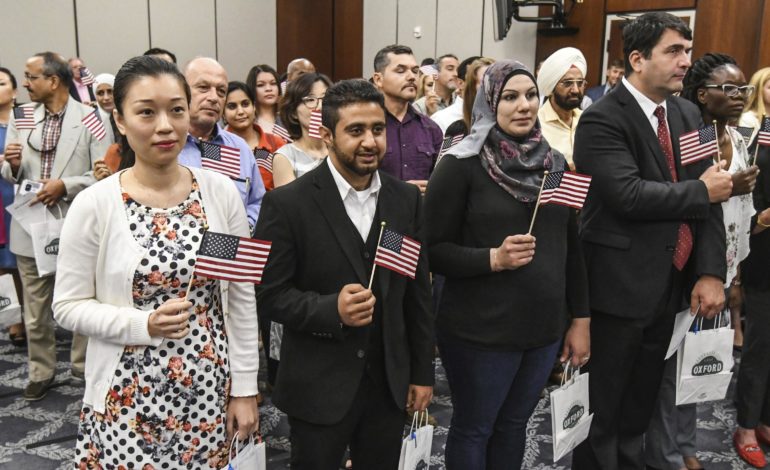 The United States Citizenship and Immigration Services is seeking to remove the means-tested benefits option from its fee waiver request. The proposed change was put up for public comment on the Federal Register with an end-date for comments of May 6.

The USCIS considers waiving a fee for certain applications or petitions when the applicant or petitioner clearly demonstrates that he or she is unable to pay the fee. Those seeking to apply for citizenship or renew a green card (among other situations) can have expensive application fees waived if they fill out the I-912 form.

Up till now, individuals and households had to meet one of three criteria to be eligible for a fee waiver. They either had to prove that their income was at or below 150 percent of the Federal Poverty Guideline, had receipt of means-tested public benefits from federal, state or local programs or suffered financial hardship.

Applicants had to check one of these categories on the I-912 form and attach relevant proof before mailing the waiver request out. The proposed change will eliminate the proof of means-tested benefits as a way to qualify for a fee waiver.

However, according to a 2014 PEW research brief, after the welfare reform law passed in 1996 many states decided to expand these federal programs or create their own welfare programs for those immigrants who would otherwise be considered unqualified for federal aid.

This may have led to differences in income levels eligible for benefits from state to state, one of the concerns mentioned by USCIS in their request for comment of the proposed change, though it has not made clear why such a difference in eligibility actually occurs.

“Previously, the criteria used to determine who should qualify for a fee waiver has been subjective and inconsistent,” USCIS Spokesperson Jessica Collins said in a statement. “Income levels, used for determining means-based benefits, can vary greatly from state to state, resulting in waivers for some who wouldn’t qualify under the poverty-guideline threshold and financial hardship criteria.

“This form change allows USCIS to adequately fund operational and mission support requirements, improves the integrity of the fee waiver program, and improves the quality and consistency of fee waiver adjudications.

“USCIS adjudicators now have clearer, more consistent guidelines governing who meets the standards to receive a fee waiver,” Collins added. “Importantly, the revised form is not designed to eliminate anyone who legitimately qualifies for a waiver, but rather to ensure fairness by retaining the poverty-guideline threshold and financial hardship criteria and eliminating the unreliable means-based eligibility.”

The move has raised concerns in the immigrant legal aid and activist community, which seeks to expedite and make clearer the process for obtaining a visa, changing status and get immigrants on the pathways to citizenship and legal residency.

Immigrant rights organizations argue that this procedural change could mean an undue burden on those working families already struggling to navigate a complicated citizenship application system.

The change is also seen as exclusionary for those who fall in the poverty bracket in a number of ways.

“The advantage of using the receipt of means-tested public benefits is that it is pretty clear you are a working individual who may not be able to afford hefty filing fees,” Ruby Robinson, managing attorney at the Michigan Immigrant Rights Center, said. “When you get a letter from the state of Michigan Department of Health and Human Services, it shows eligibility and receipt of benefits for period of time. The letter can simply be attached to the application and the fee waiver, which is sufficient.

“Removing that is going to create additional barriers for people who are applying for benefits and for immigration relief who will now need to use either a tax return or some other evidence to demonstrate financial hardship.”

According to Robinson, many people do not file a federal tax return because they are not required to do so if their household income falls below a certain threshold. Most households eligible for means-tested benefits fall under federal poverty guidelines.

Other legal specialists are skeptical of the USCIS’ claim that the main reason for the change is to overcome discrepancies in eligibility requirements between states.

“I feel that the argument for the variation of assessments for means-tested benefits in different states as the basis for removing it is weak,” said Diego Bonesatti, director of legal services at Michigan United in Detroit. “While the Federal Poverty Guidelines set different incomes for the lower 48 states than for Hawaii and Alaska, there can be pretty major differences in cost of living between, say, San Francisco, CA and Birmingham, AL, even though their states are deemed to be comparable.”

The rule will also require applicants to submit an IRS tax transcript, which they can order online, by phone or by mail, instead of submitting a copy of their federal 1040s and W-2s.

“Why do this?” Bonesatti asked. “These are small hurdles, but for a household that doesn’t have Internet and has limited time, these steps are additional duck bites that they’ll have to endure.”

The USCIS also insists that fee waivers are a burden on its services since it relies on services fees to adjudicate and screen applicants.

“USCIS loses hundreds of millions of dollars each year in revenue due to fee waivers granted, forcing the applicants and petitioners who do not get fee waivers to absorb the costs by paying higher fees,” Collins said.

According to Bonesatti, however, the USCIS does not mention other costs not associated with fee waivers that decreases its revenue every year.

“They do not mention that 90,000 or so foreign-born members of the Armed Services get to file their N-400s for naturalization for free,” he said. “The costs generated by asylum seekers, who are not charged a fee, are also covered by other immigrants paying a filing fee.”

The current I-912 form on the USCIS’s website retains the means-tested benefits option. The USCIS has not indicated when the change will take effect.