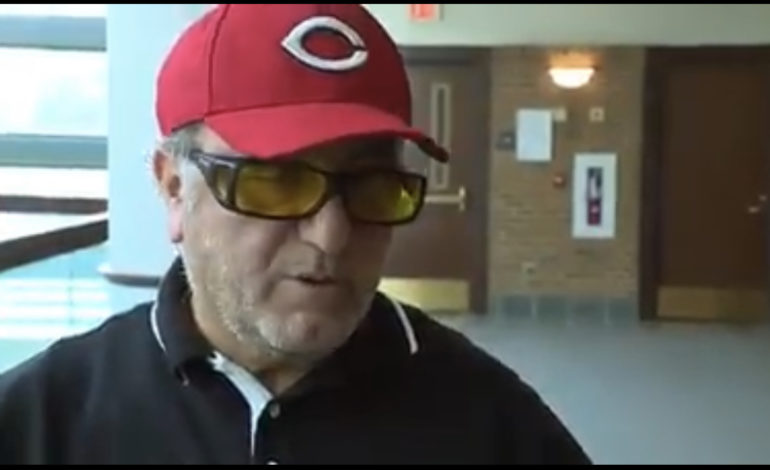 Jamal Hourani has been subjected to harassment by his neighbor for years and his complaints to Dearborn Heights Police went unanswered until recently.

DEARBORN HEIGHTS – After almost a year of harassment by their next-door neighbors, Jamal and Hind Hourani and their 7-year-old son were finally offered some justice in the city’s 20th District Court this week.

On Monday afternoon, Christie Ann Klein was found guilty of two separate counts of breaching of the peace at a bench trial. Judge David D. Turfe, who presided over the case, also told Klein that she was responsible for the harassment against the Houranis, including the mooning by one of her house guests, which was caught on the Houranis’ security camera. Following the verdict the Court continued Klein’s personal bond and referred her to the probation department for a pre-sentence investigation. She will appear at a later date when the pre-sentence investigation report is complete.

The family’s ordeal began last August when Klein moved in next to their home on Hubbell Street in Dearborn Heights, near the English Gardens store on Ford Road. Klein would often host loud parties at her residence in an otherwise quiet suburban neighborhood. Worse still for the Houranis, many of her visitors would verbally harass the family with racial slurs.

Hind Hourani told The Arab American News that though their complaints against their neighbor began with the neighbor’s insistence on having loud, late night gatherings, the situation soon escalated into a year-long ordeal.

“We tried politely asking (Klein) to keep the noise down several times,” Hourani said. “We were left with no choice but to call the police, who first gave her a warning and then finally a citation. This is when the retaliation began and the harassment escalated.”

Part of this harassment was instigated by Klein’s brother, Jason Glenn Sherman, who would come to visit Klein’s home. The Houranis had installed security cameras around the perimeter of their home and caught Sherman engaged in lewd behavior on separate occasions, often shouting racist rants, urinating on their property and trying to force open a window with a friend. Christie Ann Klein, who resides at 5685 Hubble Street in Dearborn Heights, was found guilty of two separate counts of breaching of the peace and harassing her neighbors the Hourani family.

Sherman was charged by Wayne County Prosecutor Kym Worthy last October and was sentenced to three years’ probation as well as almost $2,000 in fines. He was charged with ethnic intimidation, malicious destruction and for being a habitual offender and was ordered not to come near the Hourani residence.

After being disappointed by the Dearborn Heights Police Department’s response and by the speed of their investigation, the Houranis reached out to Councilman Dave Abdallah for assistance.

“I immediately contacted the police department and the mayor’s office to seek a swift solution for the family,” Abdallah said. “I understand the family’s frustration with the legal process, but their harassers often did things just under the radar, to where it was harder for police to have definitive proof of that their actions. Klein’s brother, Jason Glenn Sherman, was sentenced to three years’ probation as well as almost $2,000 in fines. He was charged with ethnic intimidation, malicious destruction and for being a habitual offender and was ordered not to come near the Hourani residence.

“I nevertheless made sure that the Prosecutor’s Office and the police were aware of this problem and were there to look out for the family. I am glad to know that justice is being extended to them after such a long, horrendous ordeal.”

Abdallah said that as an experienced real estate specialist, he would have asked a family to sell their house if they find themselves in a less than quiet neighborhood with loud, rowdy and uncooperative neighbors. However, that was not his suggestion in the Houranis’ case. “There is no reason anyone should put with up with this kind of behavior or move out of their home because of it,” he said. “Asking one’s neighbor to keep things quite at night, while not expecting this sort of retaliation in return, is entirely reasonable.”