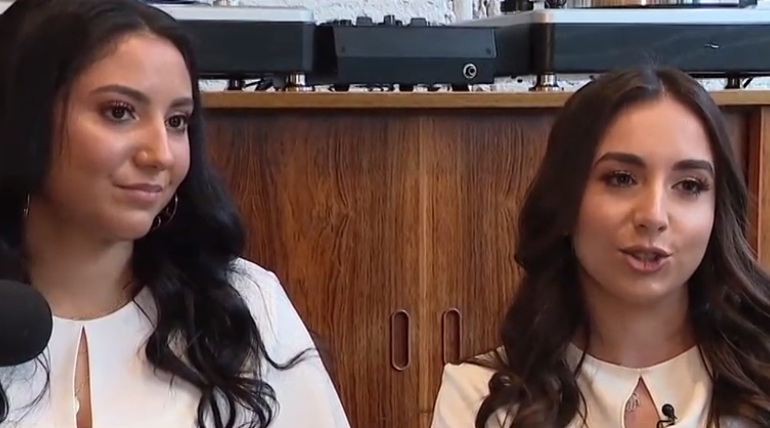 DEARBORN — The creators of the new podcast “Dearborn Girl” held a launch party at the Arab American National Museum in Dearborn recently, during which they announced the release of the show’s 12 upcoming episodes.

For founders Yasmeen Kadouh and Rima Fadlallah, the focus is to provide local Arab American and Muslim women with a platform to share their perspective in a more comprehensive and unfiltered way than ever before.

“The main goal is to showcase the stories of Arab and/or Muslim women from Dearborn, that’s number one,” Fadlallah said.

“Obviously there are a lot of things for us to be proud of, but I don’t think that’s the way the media often depicts us.”

Fadlallah, the daughter of late Fordson High School principal and philanthropist Imad Fadlallah, and Kadouh designed the podcast in a way that allows guests to tell their own stories, on their own terms.

The show is ultimately about reclaiming the narrative, according to Kadouh.

“There are so many beautiful stories in our city with women,” she told Fox 2 News. “And nobody was telling our stories besides the outside media and everybody that wasn’t us. So we wanted to reclaim that narrative.”

“Things are going really well,” Fadlallah said. “I’m not surprised at all just because I’ve been part of the community for so long and I understand how word-of-mouth goes in Dearborn.”

She called the city a “tight knit community where news travels like wildfire.”

Guests on the show have included Mariam Doudi, a Muslim woman of Sudanese heritage who speaks about her life experiences while wearing hijab and graduating from the Ross School of Business at the University of Michigan; Mariam Jalloul, a Fordson graduate who speaks about her experiences graduating from Harvard University; and Zara Makki, a prominent makeup artist in the city, among others.

The tone of the show is conversational and fun, but also in-depth and educational.

Fadlallah asked Jalloul, a coffee connoisseur and professed “bookworm”, to describe what the city would be like if it were a coffee.

“An iced latte,” she said. “I’m trying to think of some profound reason why, but I think it’s [because] I love iced lattes; I get them wherever I go.

Fadlallah said she hopes to expand into multiple different art forms to continue telling the stories of girls and women in Dearborn.

When asked to describe Dearborn girls and women in three words, she respond with, “resilient, prideful and generous.”

Fadlallah said she and Kadouh have wanted to a create a show since they were teenagers.

The launch party on May 22 was attended by about 100 people, and the first podcast, released on May 24, has more than 1,000 YouTube views so far.

For others in Dearborn with similar aspirations, Fadlallah offered advice.

“I would encourage people to go for it, especially if you’re part of an underrepresented community,” she said. “Voices need to be heard in Dearborn.”

The video with Jalloul can be seen below.