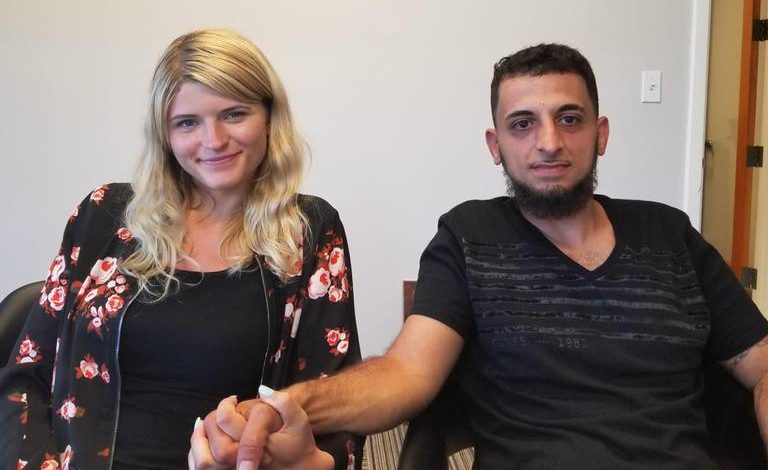 FORT LAUDERDALE, FL — An Arab American man who visited South Florida for his anniversary last week has filed a lawsuit against a Fort Lauderdale hotel, a report from the Miami Herald said.

The man, a Chicago resident and Jordanian American, said its staff discriminated against him by evicting him and his fiancée without just cause, the report said.

His fiancée, Taylor Schneider, is also a plaintiff in the lawsuit. The couple booked an eight-day stay at The Westin Fort Lauderdale Beach Resort for $2,606 before they were evicted, the lawsuit said.

Ziyadat was told he didn’t “look like you belong here,” the suit added. The couple was told by management they were being “inappropriate” and had “violated the hotel policy,” the suit further alleges.

“Rami and Taylor were then marched out of the hotel flanked by security and subjected to incredible humiliation as the other hotel guests stared at the couple surrounded by security,” the allegations read.

Westin general manager Danny Estevez did not comment on the lawsuit when asked by the Herald, but said the hotel strives to maintain an inclusive environment.

“Diversity and inclusion are part of the fabric of our culture and operations,” he said in a statement. “We remain committed to providing an environment where all feel welcome.”

The couple had been drinking fruity drinks at the pool bar just before the comments were made. When Ziyadat went to grab water for his fiancée, a towel attendant began “glaring at him, staring at the Arabic words” tattooed on his arm, the lawsuit alleges.

When he said that the couple were guests at the hotel, the attendant told him she was calling security. A hotel manager apologized to the couple and offered them two days of passes to the spa while promising to speak with the offending employee.

But less than an hour later, they were allegedly visited by security and told to leave or else the police would be called.