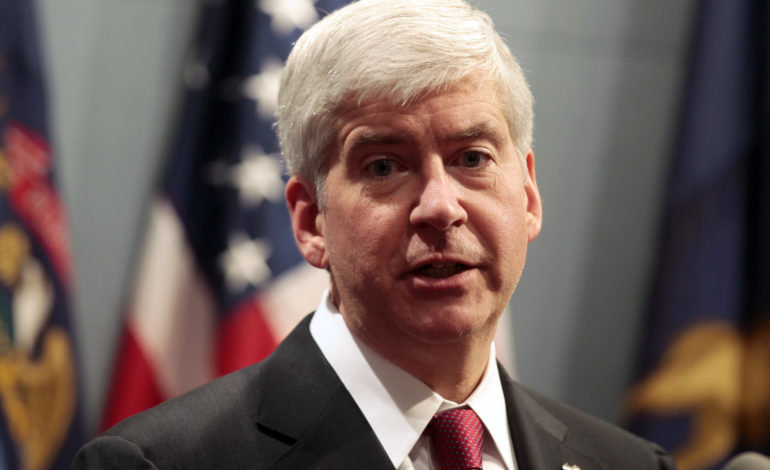 LANSING — Search warrants have been issued by Michigan Solicitor General Fadwa Hammoud to seize from storage cell phones, iPads, and laptops of former Michigan Governor Rick Snyder, and 67 current or former state officials who were active during the Flint water crisis, according to a report from the Detroit News.

The Associated Press first broke the news on the warrants, which were issued in May to the Department of Technology, Management and Budget. They resulted from the discovery of “substantial potential evidence that was not provided to the original prosecution team,” Hammoud said, in its investigation of Flint’s lead-contaminated water and a 2014-2015 outbreak of Legionnaires’ Disease. The news was confirmed to the AP by Hammoud and Wayne County Prosecutor Kym Worthy.

“The team is currently in the process of obtaining this evidence through a variety of means, including search warrants,” Hammoud said. “The team is also conducting a thorough review of existing and newly received evidence pertaining to the Flint Water Crisis.”

Previously, items obtained by former special prosecutor Todd Flood’s team had been stored in a section of the Attorney General’s Office under former Attorney General Bill Schuette, the News reported.

Flood was fired by Hammoud as special prosecutor in April after the discovery of records about three years into his investigation.

Hammoud took over the criminal prosecutions in January, and obtained the warrant in order to conduct a more thorough search of that division of the office, according to the AP.

The Flint Water Crisis began in 2014 when the city switched its drinking water supply from Detroit’s system to the Flint River in order to save money.

But inadequate treatment and testing of the water led to major water quality and health issues as residents told of foul-smelling, discolored, off-tasting water that had been causing skin rashes, according to the National Resources Defense Council.