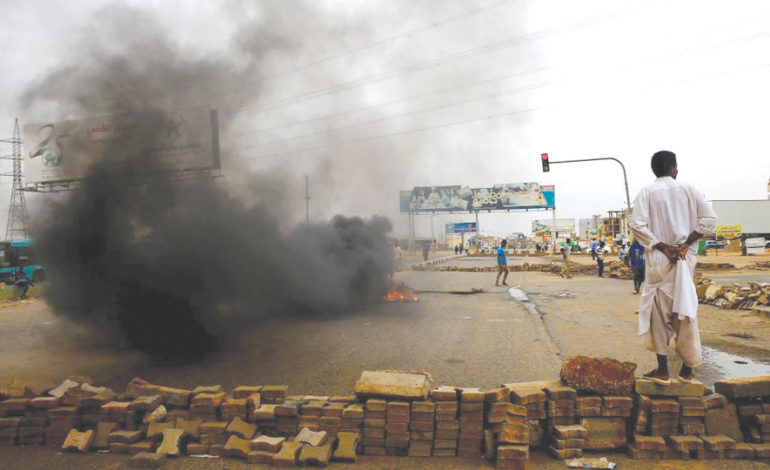 A protester stands near a barricade on a street in Khartoum, Sudan. Protesters have been demanding the country's Transitional Military Council hand over power to civilians. June 4. - Photo by Reuters

KHARTOUM – The official death toll in Sudan from violence that erupted on Monday, June 3, has risen to 61, the director general of the Health Ministry said on Thursday, up from a previous toll of 46, leading to Sudan’s suspension from the African Union.

The African Union’s Peace and Security Council voted on Thursday, June 6, to suspend Sudan from all AU activities until a civilian government is formed.

The council made the announcement after a meeting in Addis Ababa of the member states of the pan-continental body. The decision follows an upsurge in violence in Sudan this week as its ruling military council and opposition groups vie to take charge of the transition to democracy.

Reuters reported that of the 61 documented cases, 52 were from the capital Khartoum and included 49 civilians killed by gunfire and three security personnel who died from stab wounds. The rest were from other provinces.

Sudan’s military rulers offered to resume talks with opposition groups on Wednesday, two days after security forces mounted a deadly raid on a protest camp, but the opposition rejected the invitation.

Medics linked to the opposition said the death toll from Monday’s operation and subsequent unrest had risen to 108 and that it was expected to increase. Early on Thursday, state news agency SUNA put the number much lower, at 46, citing a health ministry official.