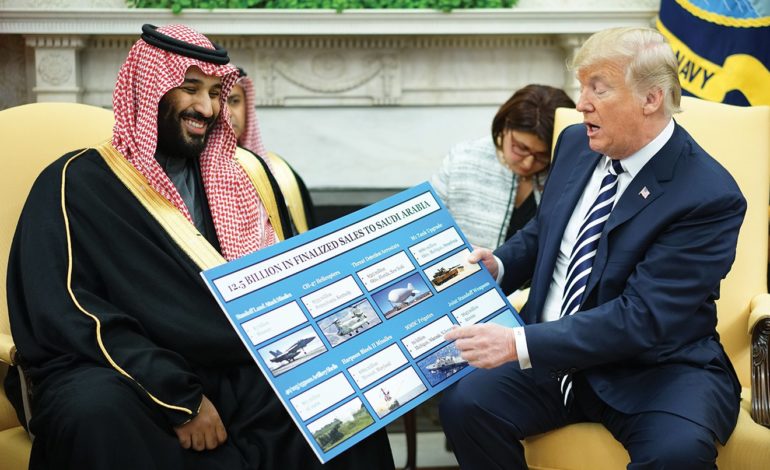 WASHINGTON, D.C. — Republican and Democratic senators said on Wednesday they would introduce legislation to block President Trump’s plan for $8 billion in military sales to Saudi Arabia and the United Arab Emirates without congressional review, a report from Reuters said.

The legislation includes 22 “resolutions of disapproval”, in reference to each of the 22 arms deals that have been given the go-ahead by the Trump administration. The goal is to “protect and reaffirm Congress’ role of approving arms sales to foreign governments,” the report said.

“We are taking this step today to show that we will not stand idly by and allow the president or the secretary of state to further erode Congressional review and oversight of arm sales,” said Senator Bob Menendez, the ranking Democrat on the Senate Foreign Relations Committee.

Last month, Congress rejected the administration’s declaration that a growing threat from Iran was an emergency, which forced it to sidestep lawmakers’ review of major arms deals to Saudi Arabia, the UAE and Jordan.

Members of Congress have been blocking sales of military equipment to the countries for months, mainly due to the heavy civilian toll of airstrikes against Yemen, in addition to the well-publicized human rights abuses committed by Saudi Arabia, including the murder of journalist Jamal Khashoggi. The Saudi government has denied that it is ultimately responsible for his murder.

“While I understand that Saudi Arabia is a strategic ally, the behavior of (Saudi Crown Prince) Mohammed bin Salman cannot be ignored,” Republican Senator Lindsey Graham said in a statement. “Now is not the time to do business as usual with Saudi Arabia.”

The senator added that he expects strong support from both parties for the resolutions. A two-thirds majority in the Senate and House would be needed to override a Trump veto, if necessary, according to the report.