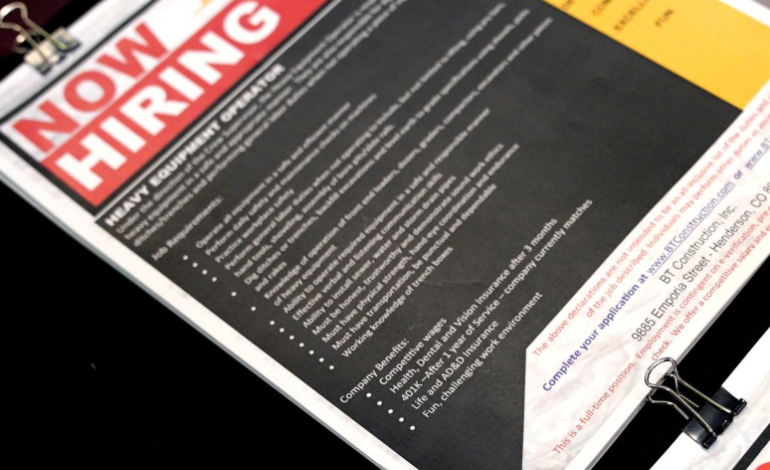 WASHINGTON, D.C. — Job growth in the United States likely increased solidly in May, with wage growth expected to rise despite looming concerns and questions over trade tensions internationally.

These were among the key findings of a report from the Labor Department on Friday.

Expectations remain that the Federal Reserve will cut interest rates this year, as the central bank continues to closely monitor trade tensions.

In May President Trump added tariffs of up to 25 percent on $200 billion worth of Chinese goods, which prompted retaliation by Beijing. Trump also announced last week that he would add a tariff on all goods from Mexico in order to attempt to slow the number of migrants crossing the U.S.-Mexico border.

Non-farm payrolls probably increased by 185,000 jobs last month after hitting 263,000 in April, according to a Reuters survey of economists.

That would place it at a rate well above the nearly 100,000 needed each month to keep up with growth in the working-age population.

The unemployment rate was also expected to have remained near a 50-year low of 3.6 percent in May.