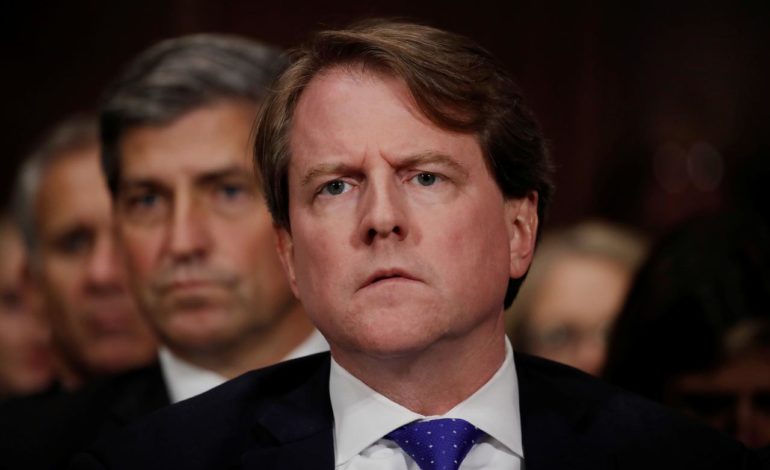 The resolution is different from criminal contempt of Congress, the latter of which could result in heavy fines or jail time.

The 229-191 vote, which fell along party lines, marked the most severe congressional action against President Trump’s administration since Democrats reclaimed the chamber’s majority, Business Insider said.

Committee Democrats had originally issued a subpoena for Barr to produce a full, unredacted copy of the special counsel report detailing the investigation into Russian interference in the 2016 election, along with evidence, but he refused to comply.

The White House also instructed McGahn to not testify before the committee, which angered Democrats who were hoping to haul in the main figure in attorney and former FBI director Robert Mueller’s obstruction case.

Barr was able to avoid being held in criminal contempt on Monday after House Judiciary Committee Chairman Jerry Nadler struck a deal with the Justice Department in exchange for key documents related to the now-wrapped special counsel investigation into Russian interference in the 2016 election, the report said.

According to legal experts quoted by Business Insider, the evidence the Justice Department turns over will most likely include notes of interviews from the FBI with key witnesses in the obstruction case, including McGahn, former FBI officials, and current and former White House staff members.

“If the Department proceeds in good faith and we are able to obtain everything that we need, then there will be no need to take further steps,” Nadler said in a statement after the deal was completed.

“If important information is held back, then we will have no choice but to enforce our subpoena in court and consider other remedies.”