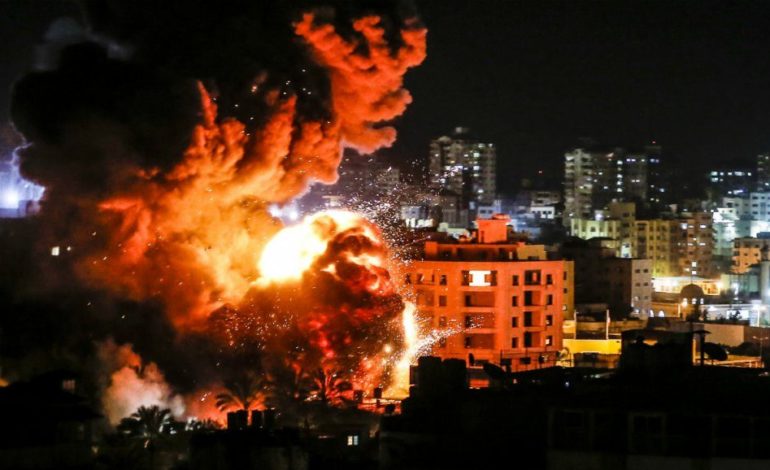 Gaza being bombed by Israel, recently

A second rocket launched in the evening hit a house in the Israeli border town of Sderot but caused no casualties, police said.

The latest hostilities followed Israel’s closure of offshore waters to Gaza fisherman on Wednesday, in what it said was a response to incendiary balloons launched across the frontier that caused fires in fields in southern Israel this week.

In a statement, the military said fighter planes attacked “underground infrastructure” in a compound belonging to the Hamas militant group that rules Gaza. There were no injuries.