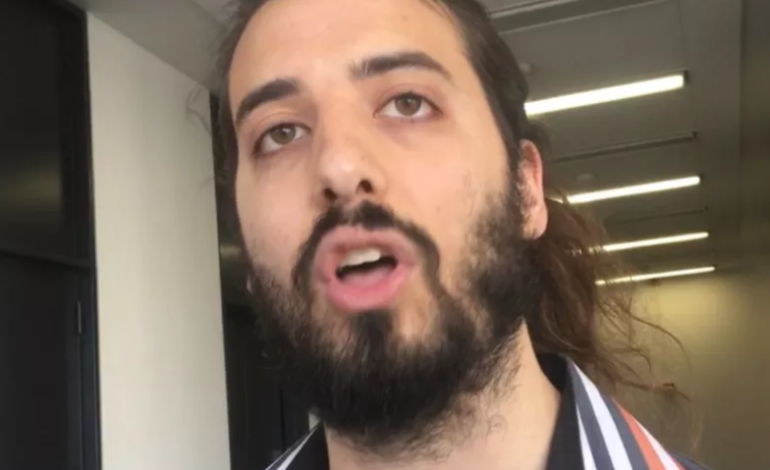 Muhammad Sankari, a lead organizer for the Arab American Action Network, talks to reporters at the Daley Center on Friday. Photo by the Chicago Sun-Times

CHICAGO — An Arab American group based out of Chicago has filed a lawsuit against the Illinois State Police in an effort to force the department to release so-called “Suspicious Activity Reports” and related documents, a report from the Chicago Sun-Times said.

The Arab American Action Network said it wants a judge to force state police to release the information it has collected. It said that the police department’s efforts to monitor suspected terrorism threats are “discriminatory” and it wants a judge to make the findings public after years of secrecy.

“Everyone has a right to privacy and we believe that people have a right to due process and a right to know,” Muhammad Sankari, a lead organizer with the Arab American Action Network, reportedly said.

“As we’ve seen with other databases and other surveillance programs, all of that gets swept under the rug in the name of fighting terrorism and fighting gang violence or any other number of excuses that law enforcement uses.”

Lawyers for the group first filed a lawsuit in February to force the release of “Suspicious Activity Reports” and other related documents. A hearing date has been set for July 12.

The AAAN said that the state police has violated the Freedom of Information Act by “willfully and intentionally refusing” to provide records requested and that the department has not been transparent with its policies.

In an April court filing, the state police acknowledged that it uses the reports and other documents.

“The SARs program infringes on the civil rights and liberties of people in the United States,” the lawsuit said, according to the Chicago Sun-Times report.

“Members of the Arab and Muslim community, in particular, are vulnerable to biased determinations of whether their everyday activities can be deemed ‘suspicious’ by law enforcement officers and others.”