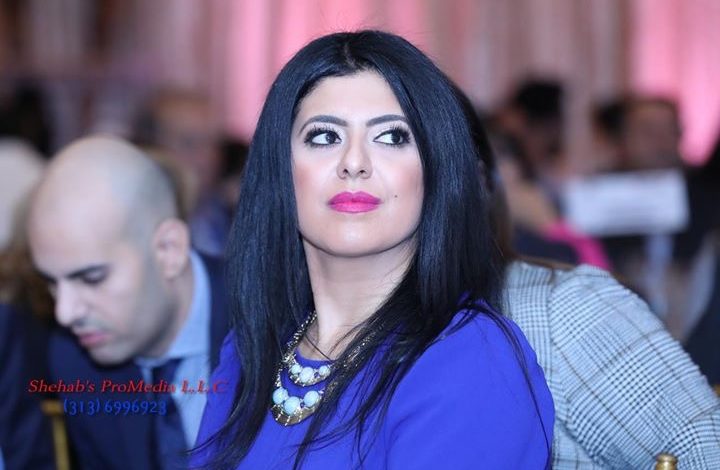 DEARBORN HEIGHTS – Attorney and AAPAC president Mona Fadlallah was appointed a part-time magistrate in the 20th District Court this week.

The appointment was made by District Court Chief Judge David D. Turfe and vote for 6 to 0 by the City Council on Tuesday May 11. Councilman Bill Bazzi abstained from the vote due to conflict of interest.

“I have worked with Mona Fadlallah multiple times in many different organizations over the years,” he said. “We are honored to have her here with us in Dearborn Heights.”

Fadlallah has been practicing law for 17 years. She owns a private practice, Vida Law Group, in Canton.

She graduated from Thomas Cooley School of Law in Lansing, where she had a concentration in litigation and another in general practice, solo and small firm. She attended the University of Michigan–Dearborn, where she studied philosophy and Hispanic studies and did a minor in political science. She resides in Dearborn Heights.

She will be replacing Don Rivard, who will be retiring after 25 years of service at the 20th District Court.

She has voluntarily taken court appointed cases in Dearborn Heights for several years and was considered for the position by Turfe and several city officials.

“I was asked by Judge Turfe and of course offered my humble acceptance,” Fadlallah said. “Rivard has been a great magistrate and is a terrific individual. He has been extremely welcoming and helpful during this process. He will be missed by many and I hope to do well in his place.”

Fadlallah said she is happy to take on this new position and looks forward to serving the Dearborn Heights community.

“I look forward to working with the residents in this new capacity,” she said. “Though I have been active in this community in various ways, I hope to be help maintain the well-being and safety of Dearborn Heights residents as magistrate.”

Fadlallah will begin her duties after a brief period of training and shadowing during the summer. She will serve alongside Yvonna Abraham.