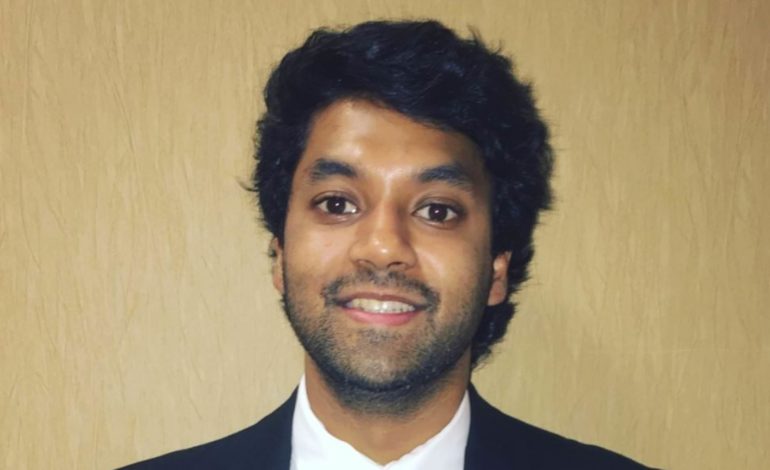 DEARBORN – Three people with ties to the Metro Detroit area are among those claiming they were defrauded by former Canton resident Syed Arbab, a recent graduate of the University of Georgia, who has attracted the interest of the Securities and Exchange Commission.

On June 3, the SEC announced that it was taking emergency action, charging the 22-year-old Arbab with orchestrating a Ponzi scheme that targeted college students and young investors.

Arbab previously lived in Canton with his Bengali American family, who have close ties with many Arab Americans in Southeast Michigan.

Arbab allegedly offered investments in a purported hedge fund called “Artis Proficio Capital”, which he claimed had generated returns of as much as 56 percent in the prior year and for which investor funds were guaranteed up to $15,000.

Arbab also allegedly sold “bond agreements” that promised investors the return of their money along with a fixed rate of return. The SEC’s complaint alleges that at least eight college students, recent graduates or their family members invested more than $269,000 in these investments.

According to the SEC’s complaint, no hedge fund existed, Arbab’s claimed performance returns were fictitious and he never invested the funds as represented. Arbab allegedly put substantial amounts from the investor funds into his personal bank and brokerage accounts and used them to pay for Las Vegas trips, shopping and vacations.

He is also accused of using portions of new investor money to pay earlier investors who had asked for their money back. The SEC press release calls this “the hallmark of a Ponzi scheme.”

Now some of those investors from Dearborn and surrounding areas who were affected by Arbab’s investment scheme have decided to tell their stories.

Because of the sensitive nature of the case against Arbab, as well as personal relationships some investors have with him and his family, they have asked to be identified by first name or nickname.

Moe, a former University of Michigan-Dearborn student, said Arbab appeared to be a savvy young investor who was swift and thorough about reporting profitable returns on investments.

“I had friends that were close to Arbab and had invested with him,” Moe told The Arab American News. “They told me they had been investing with Arbab since high school. I was told he managed a few million in investments, information reinforced by Arbab himself.”

Moe knew Arbab’s sister, who put him in contact with Arbab in April. He said Arbab explained how he managed $2.2 million and had an average growth of about 20 to 50 percent every year. After investing, Moe would get monthly reports and excel sheets showing profitable returns for each investor.

Moe and other investors also received several documents showing registration for Arbab’s company in Georgia, its investment strategy and testimonials and other supporting documentation, all through email.

In text messages obtained by The Arab American News, Arbab told a would-be investor that he managed a “long short fund.”

“We hedge a good bit and stay secure unless we see a for sure trade,” the text read. “Obviously there’s no guarantee on returns, but given our track record we’ve seen 22.7 percent over one year.”

He also explained that his company was obligated to give updates within 24 hours and that any questions about investor portfolios could be answered by simply shooting him a text.

“We learned eventually that the numbers for returns on investment were hyper inflated or just plain fictitious,” Moe said. “Word also got around that the company was never even filed with Georgia. We were scammed, plain and simple.”

Moe explained that Arbab would target students from the Dearborn area, many of whom went to U of M-Dearborn, to urge them into investing with him. This is how we was able to grow his network outside of Georgia and into Midwestern states. He also told investors that they would get a percentage for every investor they brought into the hedge fund.

“We found out about SEC’s charges against Arbab when someone from the company’s board emailed everyone a PDF copy of the complaint,” he said.

Many had already become suspicious of Arbab’s hedge fund when he began to take longer to reply to requests. Arbab had originally given an option for investors to pull out with a two-week notice. Moe had trouble getting his money back when he decided to pull out of the fund in May.

“A few friends of mine and I decided to pull out early because we had graduated and wanted to travel,” he said. “We kept on getting assurances from Arbab, but never saw the money. I am not sure how I will get this money back now since Arbab’s assets have been seized, but I hope to find a solution with the SEC soon.”

Delays in correspondence and other behaviors sparked suspicion in another investor, who asked to be identified as Jordan. He began investing in Artis Proficio last year.

“I became aware of Syed through a high school friend of his,” Jordan said. “What drew me to Syed’s hedge fund were his constant reports of financial success and the guarantee of no loss.”

According to Jordan, Arbab would post successful returns on an online group chat for an investment club of which he was president.

“It took about two months of texting back and forth with him for me to officially trust him,” Jordan said. “He told me that he had fronted $5,000 for me in case I wanted to invest that amount with him that day or the next, and that this investment had made $500 within two hours. This convinced me to make that amount with him.”

Just like Moe, Jordan also had the option to text Arbab to get updates on his investment, which seemed to be bringing in profitable returns. He would go on to invest a total of $12,000 over time.

He began to receive “stop payment” checks from Arbab as well as wire transfers and CashApp payments that couldn’t be completed. As he had with Moe, Arbab had several excuses for not being able to pay back Jordan.

“I trusted him for as long as I could and gave him a deadline date,” Jordan said. “Once he couldn’t meet this date, I knew I wasn’t going to get my money back.”

Arbab also told Jordan that he was enrolled in graduate program at University of Georgia, which the SEC complaint stated was not true.

However, Jordan does not believe that Arbab set out to run a Ponzi scheme.

“I think the whole thing is more basic then that,” he said. “Syed inflated earnings to keep people investing. At some point he lost money and instead of reporting this to investors, he continued making deals to try and get people’s money back. These deals obviously went south and he was never able to recover the original investments.”

Jordan is convinced that for the majority of the time Arbab was making investments in his name and making actual profits, which differs from the SEC’s charges that Arbab never made any investments in stakeholders’ names and used funds for his personal brokerage account.

Sam, another investor and former U of M-Dearborn student, agrees that Arbab did not set off to create a Ponzi scheme, though he may have created one inadvertently once he became desperate.

“I invested a small amount with Arbab in October of last year,” he said.

“I may not have invested as much as some but I know that Arbab was playing fast and loose with people’s money and that he was too arrogant to report losses while he was taking them. I would accuse him of running a bullish and irresponsible hedge fund, but not necessarily a Ponzi scheme.”