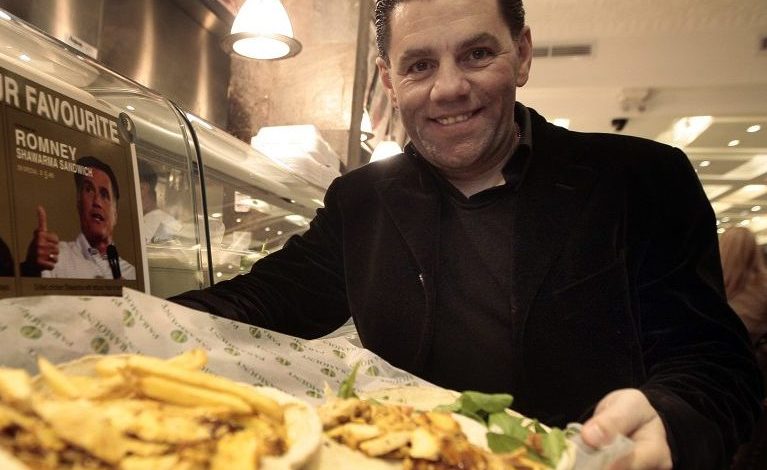 ONTARIO, CANADA — An online media personality whose websites frequently air anti-Muslim content has been ordered to pay the owner of a prominent Middle Eastern restaurant chain millions of dollars after publicly accusing him of funding terrorism.

In the videos, shot in 2017, Johnston made a series of incendiary statements including a claim that Fakih was an “economic terrorist” with backing from the Pakistani spy agency.

He also alleged restaurant policy barred staff from admitting anyone who wasn’t a “jihadist.”

“In this fractious 21st century — where social media and the Internet now allow some of the darkest forces in our society to achieve attention — (issues raised by the case) are numerous and profound, and their impact extends well beyond the borders of this country,” she wrote in her decision, released Monday.

“Motivated by ignorance and a reckless regard for acceptable norms, the Johnston defendants’ behavior reflects a contempt for Canada’s judicial process, an abuse of the very freedoms this country affords them and a loathsome example of hate speech at its worst.”

Johnston did not respond to a request for reaction to Ferguson’s ruling and the paralegal who represented him during the defamation suit could not be reached for comment.

According to Ferguson’s decision, Johnston and another man shot the video footage on July 20, 2017, while a fundraiser for Prime Minister Justin Trudeau was taking place at Paramount’s flagship location in Mississauga.

Ferguson said the men repeatedly tried to disrupt the event and made a number of defamatory statements about the restaurant.

Fakih founded Paramount in 2007, which has since expanded through 40 locations across Canada.

The footage had at least eight event videos that contained a number of what Ferguson deemed to be defamatory statements.

The videos also featured Paramount’s facade and logo and a photograph of Fakih altered to present him with blood on his hands, Ferguson wrote.

Johnston released a series of videos in which he described Fakih as a “radical Muslim” who “hates White people.”

Ferguson awarded Fakih damages based on his standing in the community, the seriousness of the defamatory statements, the extent of their publication, the lack of an apology from Johnston and the defendant’s conduct.