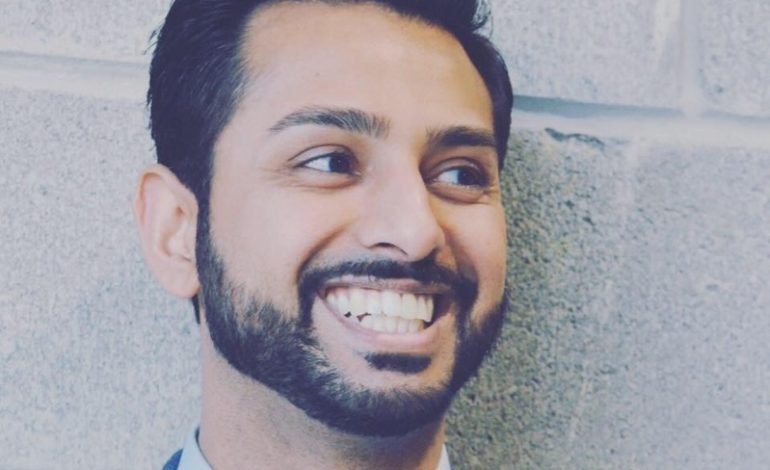 Sheikh wants to work with Dearbonites in shaping their economic future

The department works to retain businesses, attract investment and maintain property values in the city.

Sheikh was previously director of Hamtramck’s Community and Economic Development Department. He was brought in to rebuild the department after it was phased out during the city’s emergency management

A Michigan native, Sheikh attended Wayne State University where he received a bachelor’s degree in criminal justice and corrections. He holds a master’s degree in public administration from Oakland University.

Sheikh told The Arab American News that he’s had an interest in local governments since his time as a graduate student.

“I have received all of my education here in Michigan,” he said. “I specifically focused on local government and non-profit management. I’ve worked in both of these realms since.”

Sheikh is excited about new challenges that come up with economic development work in a large city like Dearborn.

“Economic development departments have a lot of moving parts,” he said. “In Dearborn, we deal with the Planning Commission, Zoning Board of Appeals, permits, building regulations and many other projects. We also deal with the city’s two Downtown Development Authorities.”

Sheikh said he hopes to help improve both quality of life and culture in the city.

“With Mr. Jeff Watson as the new director and myself as deputy, there is room for fresh and bold ideas for the city’s economic future,” he said. “However, I hope to engage the community and get direct input in order to reflect on what the community wants. At the end of the day, I have been hired to serve the citizens of this great city and want to prioritize accordingly.”

Growing up in a Muslim family in Metro Detroit, Sheikh has known Dearborn as a second home.

“My family would often come down to enjoy halal food here,” he said. “I got married in Dearborn and held graduation parties here. I have family and many friends that call the city home. I know the city’s nooks and crannies, its politics and its issues.”

Sheikh said he’s proud of minority achievements in the region. He is excited that cities like Dearborn Heights are expanding their numbers in Arab American residency and economic opportunity.

However, even as surrounding cities go through these transformations,  he is certain that Dearborn will continue to be a thriving and competitive community.

“Being of minority background myself, I applaud achievements by minorities anywhere,” he said. “We can’t forget that Susan Dabaja is our City Council president, Sam Baydoun commissioner and Abdullah Hammoud our state representative.

“Dearborn continues to be a vibrant city and we see new developments come up regularly,” he added. “The future is promising. My job coming in is to figure out the best way to amplify ongoing development while creating pathways for projects that need to happen in the future. This is why listening to the community is so important.

“I am looking forward to working in this beautiful city and ensuring that the citizens of Dearborn are happy with and engaged in their economic future.”