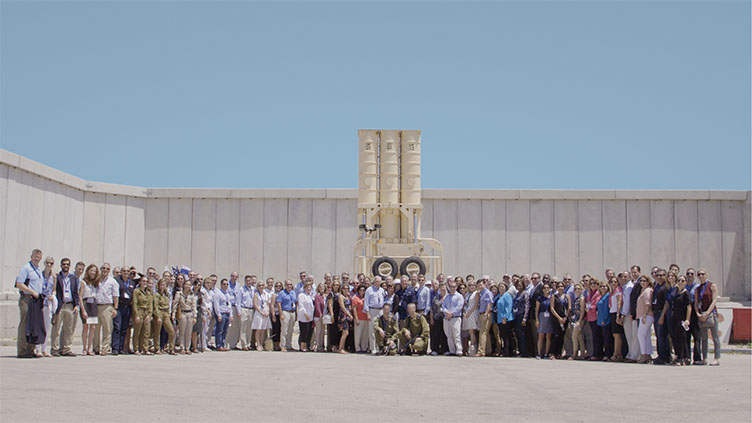 U.S. lawmakers on an AIPAC funded trip to Israel

Washington – The American Israel Public Affairs (AIPAC) spends millions in all-expense paid trips for members of the U.S. House of Representatives to travel to Israel.

A recent analysis conducted by Institute for Research: Middle Eastern Policy (IRmep) looked at grant travel filings from the U.S. House of Representative to track destinations and expenditures for the past half-decade.

The percentage of trips made to Israel exceeded any other foreign destination. House members made nearly 1,400 trips to Israel, while total subsidized visits to foreign countries other than Israel were 2,500.

Source: Travel Reports from the office of Clerk mandated by Section 304 of the Honest Leadership and Open Government Act of 2007

According IRmep’s report, the vast majority of these trips are funded by the American Israel Education Foundation (AIEF), the educational, non-profit arm of AIPAC. AIEF raises tax-exempt contributions from pro-Israel donors and numerous Jewish foundations.

The trips typically target freshmen members of the House and may last up to eight days. Itineraries include briefings by Israeli officials, trips to historical sites and lavish restaurant and hotel stays. AIPAC staffers accompany the members.

“Absent from the itineraries are any briefings on Israel’s nuclear weapons triad or meaningful visits to Palestinian refugees,” IRmep director Grant F. Smith writes in the report.

“This leaves members of Congress with a highly distorted view of one of the world’s longest-running and most contentious issues and inflated views of Israel’s military vulnerability. Disproportionate numbers of trips to Israel are one major reason Congress has given the country over $250 billion since 1948, more than was given Europe to rebuild under the Marshall Plan.”

Members reported only two privately sponsored trips to Palestinian territories in the last five years. This is in stark contrast to the nearly 600 trips House members made to Israel, with a $10,064,934 bill footed by AIEF and other pro-Israeli non-profits.

Out of official, tax-payer funded trips, members reported only 13 official trips to Israel and none to Palestinian territories in 2018.

“This should concern Americans,” Smith writes. “It means their representatives in Congress almost never have an opportunity to make unguided, adversarial, official assessments in Israel, much less Palestinian territories.”

Tlaib is now planning her non-profit funded trip to the occupied Palestinian territories. It will take place August 17-22 during this year’s August recess and will compete with AIPAC’s summer junket.

Here is  list of which members are attending, not going to, or are undecided about the AIPAC trip: