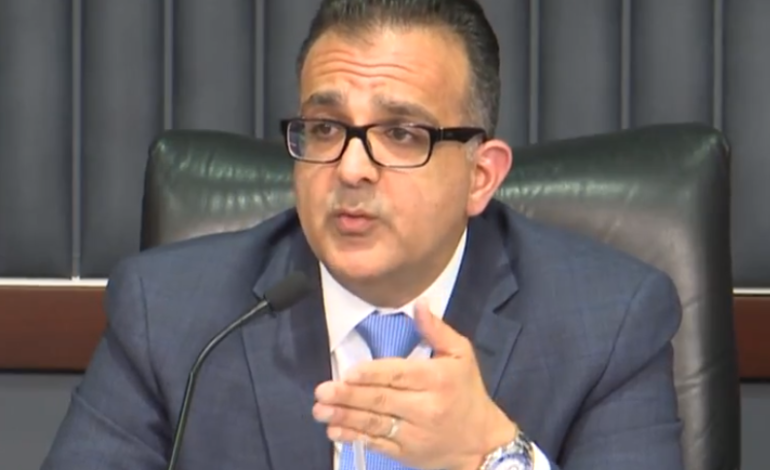 “There was a lot of good discussions back and forth, some of it slightly heated, some of it not so heated,” he said. “I think that either way we go, we are trying to find a method that’s going to work as water reduction continues across all cities as conservation becomes more and more important and the cost of water accelerates.”

Council President Susan Dabaja and Councilman Brian O’Donnell were absent from the meeting.

The vote will change the city’s fixed water rate to 34 percent from 40 percent, and the variable rate based on usage from 60 percent to 66 percent.

The lone councilman who voted against the changes, Council President Pro Tem Mike Sareini, said he believes that Dearborn residents are getting the short end of the stick in favor of corporations as part of the change, which will take effect on July 1.

“The decisions I make are always centered on the benefit to our residents,” Sareini told The Arab American News. “And with this particular resolution I didn’t see a benefit, but rather an increased cost which is not based on actual use.”

He added that the city’s new rate change ranks Dearborn 24th out of 28 surrounding communities in terms of lowest water rates.

Cities such as Troy, West Bloomfield and Brownstown Township, for example, have 100 percent variable water rates and 0 percent fixed rates. Many other cities have variable rates above 75 percent or rates in the 80 and 90 percent range.

Because homeowners use far less water than corporations, higher fixed rates tend to disproportionately affect city residents as a whole.

“I look at this as learning and education,” he said. “Not everyone knows everything at one time. I’m in favor of these rates and I think that it’ll fix the problems some of our residents have experienced.”

But Sareini said some residents showed water bills with 25-30 percent increases from the previous rates in the past year, and that Dearborn residents ultimately ended up footing the bill for corporations to save hundreds of thousands of dollars on their own water bills.

Sareini added that he was surprised by the vote and said that two colleagues agreed with his stance prior to it taking place. He said he would like to see the city go back to its historical rates of 72 percent variable and 28 percent fixed, which were in effect until the change last July.

According to Bazzy, rising water costs led to the rate change.

While rates have been reduced in the city as part of last Tueday’s decision, Sareini said he believes the change does not go far enough, judging by how little other cities’ residents pay in comparison.

“The one I voted not to support did not maintain those reasonable rates which are economically beneficial to the residents,” he said, adding that the change implemented last year “disastrous” for residents, but a boon to corporations like Ford Motor Company and AK Steel.

“This 7 percent increase to the fixed rate (in comparison to historical rates) will require residents to pay more regardless of their use.”