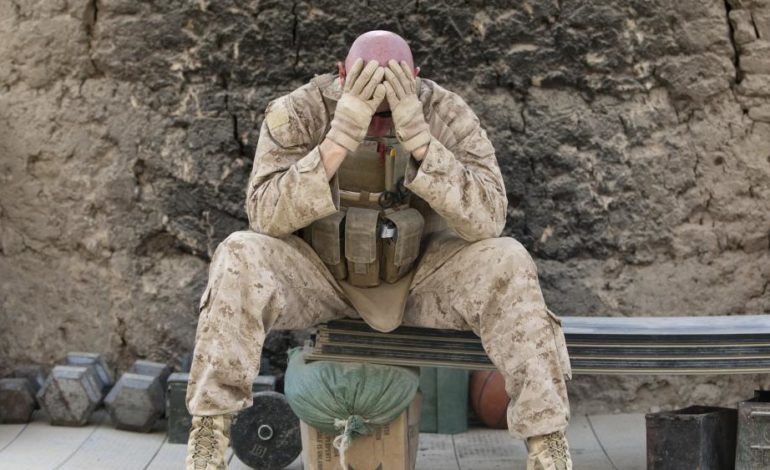 The United States has been at war for too long. Even today, we seem to be preparing for a new war with Iran, which would be the worst yet. Earlier this month, President Trump ordered thousands of additional U.S. troops to the Middle East to confront Tehran and its proxies. And we recently learned that the Pentagon had presented the White House with plans to send tens of thousands more.

We must stop giving terrorists exactly what they want

I am very concerned that, whether intentionally or unintentionally, the Trump administration’s moves against Iran, and Iran’s moves in response, could put us in direct conflict.

We should all understand that a war with Iran would be many times worse than the Iraq war. U.S. military leaders and security experts have repeatedly told us that. If the United States were to attack Iran, Tehran could use its proxies to retaliate against U.S. troops and partners in Iraq, Syria, Israel and the Persian Gulf area. The result would be the further, unimaginable destabilization of the Middle East, with wars that go on year after year and likely cost trillions of dollars.

We need to take a step back and rethink what we are doing, both in Iran and in the broader Middle East. In the nearly two decades since the 9/11 terrorist attacks, the United States has made a series of costly blunders that have not only weakened our democracy but also undermined our leadership. We need a foreign policy that focuses on core U.S. interests, clarifies our commitment to democratic values both at home and abroad and privileges diplomacy and working collectively with allies to address shared security concerns.

Beyond the war on terror

The United States invaded Afghanistan in response to the worst terrorist attack in our country’s history, and with a specific purpose: To bring justice to those who planned the 9/11 attacks and those who supported them, and to make sure that such an attack would never happen again. Our military has now been in Afghanistan for nearly 18 years.

Instead of staying focused on those who attacked us, President Bush’s administration chose to declare a global “war on terror” in order justify its 2003 invasion of Iraq, a country that had nothing to do with the 9/11 attacks. The war on terror has turned into an endless war. We now have troops fighting in Afghanistan who were not even born on September 11, 2001. We have fathers who completed tours of duty there, only to be followed by their sons and daughters. Withdrawing from Afghanistan is something we must do. My administration will not make critical foreign-policy decisions like this one via tweet, as our current president does. We will work closely with our partners and allies to design a serious diplomatic and political strategy to stabilize the region, promote more effective and accountable governance and ensure that threats do not re-emerge after we leave.

Orienting U.S. national security strategy around terrorism essentially allowed a few thousand violent extremists to dictate the foreign policy of the most powerful nation on Earth.

But just to end our military interventions in these places is not enough. We need to rethink the militaristic approach that has undermined the United States’ moral authority, caused allies to question our ability to lead, drained our tax coffers and corroded our own democracy. We must never again engage in torture or indefinite detention and we must limit the use of drone strikes that too often result in high numbers of civilian casualties, boosting the very terrorist organizations that we aim to defeat. And we must seriously reinvest in diplomacy and development aid, both of which have been allowed to atrophy under the current administration. Addressing issues like civil and religious tension, corruption and lack of opportunity before these conditions give rise to conflict can eliminate the need to address them militarily in the future.

Terrorism is a very real threat, which requires robust diplomatic efforts, intelligence cooperation with allies and partners and yes, sometimes military action. But as an organizing framework, the global war on terror has been a disaster for our country. Orienting U.S. national security strategy around terrorism essentially allowed a few thousand violent extremists to dictate the foreign policy of the most powerful nation on Earth. We responded to terrorists by giving them exactly what they wanted.

The war on terror has also been staggeringly wasteful. According to the most recent study by the Costs of War Project at Brown University, it will have cost American taxpayers more than $4.9 trillion through the end of this fiscal year. Factoring in the future health-care costs of veterans injured in post-9/11 wars, the bill will be closer to $6 trillion. And even after this enormous expense, the world has more terrorists now, not fewer. According to the Center for Strategic and International Studies, there were nearly four times as many Sunni Islamic militants operating around the world in November 2018 as on September 11, 2001. That is no coincidence: The way the United States and its partners have prosecuted this war has caused widespread resentment and anger, which helps those terrorists recruit.

The war on terror has come with huge opportunity costs as well—things we haven’t been able to do because we were mired in costly overseas conflicts. Competitors like China and Russia have exploited our forever wars to expand their economic and political influence around the world. In China, an inner circle led by President Xi Jinping has steadily consolidated power, clamping down on domestic political freedom while aggressively promoting its version of authoritarian capitalism abroad. Russia’s President Vladimir Putin has a grandiose vision of restoring the power that Moscow commanded in the Soviet era, something he knows he cannot achieve. But what he can do, what he is trying to do, is to destroy the alliance of liberal democracies in Europe and North America that stand in the way of Russian resurgence.

Endless wars help the powerful to draw attention away from economic corruption. In today’s globalized economy, wealth and income inequality are vast and growing. The world’s top 1 percent possess more wealth than the bottom 99 percent, and a small number of huge financial institutions wield enormous power over the lives of billions of people. Multinational corporations and rich people have stashed more than $21 trillion in offshore bank accounts in order to avoid paying their fair share in taxes. Then they turn around and demand that their governments impose austerity agendas on working families. In industrialized countries, many have begun to question whether democracy can actually deliver for them. They work longer hours for lower wages than they used to. At the same time, they see big money buying elections, and the political and economic elite growing wealthier, even as the their own children’s future dims.

Too often, political leaders exploit these fears, stoking resentment and fanning ethnic and racial hatred among those who are struggling. We see this very clearly in our own country, coming from the highest level of our government. When our elected leaders, pundits, and cable news personalities promote relentless fear-mongering about Muslim terrorists, they inevitably create a climate of fear and suspicion around Muslim American citizens—a climate in which demagogues like Trump can thrive. By turning our immigration debate into a debate about Americans’ personal security, we have conflated one policy conundrum with another and subjected all those who seek a better life in the United States to xenophobia and defamation. There is a straight line from the decision to reorient U.S. national security strategy around terrorism after 9/11 to placing migrant children in cages on our southern border.

There is a straight line from the decision to reorient U.S. national security strategy around terrorism after 9/11 to placing migrant children in cages on our southern border.

All the while, truly severe looming threats like climate change have failed to capture much-needed attention and commitment. The scientific community is virtually unanimous in telling us that climate change is real, that it is caused by human activity and that it is already doing devastating harm throughout the world. If we don’t act boldly to address the climate crisis, we are all but certain to see more drought, more floods, more extreme weather disturbances, more acidification of oceans whose levels are rising and, because of resultant mass migration, more threats to global stability and security. According to the United Nations Intergovernmental Panel on Climate Change, we only have about 12 years to take action before a rise in the planet’s temperature will cause irreversible damage.

Climate change is a clear example of an issue on which American leadership can make a difference—and from which our endless entanglements in the Middle East have diverted crucial resources and attention. Europe cannot address this problem alone. Nor can China. Nor can the United States. This crisis calls out for strong international cooperation if we are to leave our children and grandchildren a planet that is healthy and habitable. American leadership—and the economic and scientific advantages that only America can offer—can and must facilitate this effort.

To end an endless war

Enough is enough. In March, we had a historic vote in both houses of Congress to end U.S. military involvement in Yemen’s civil war. This vote demonstrated strong bipartisan concern over unconstitutional and unauthorized wars, and it served as an important reminder that Congress must reassert its constitutional authority over the use of military force. I was one of those who opposed the Iraq war. Trump claims he opposed it too, but, in truth, he only did so after the fact. Trump campaigned on getting the United States out of “endless war”, but his administration is taking us down a path that makes another war more likely. We can and we must pursue a different option.

The American people don’t want endless war. Neither do we want a foreign policy that is based on the logic that led to those wars and corroded our democracy: A logic that privileges military tools over diplomatic ones, aggressive unilateralism over multilateral engagement and acquiescence to our undemocratic partners over the pursuit of core interests alongside democratic allies who truly share our values. We have to view the terrorism threat through the proper scope, rather than allowing it to dominate our view of the world. The time has come to envision a new form of American engagement: one in which the United States leads not in war-making but in bringing people together to find shared solutions to our shared concerns. American power should be measured not by our ability to blow things up, but by our ability to build on our common humanity, harnessing our technology and enormous wealth to create a better life for all people.

This article originally appeared in Foreign Affairs Magazine. It  has been edited for style.