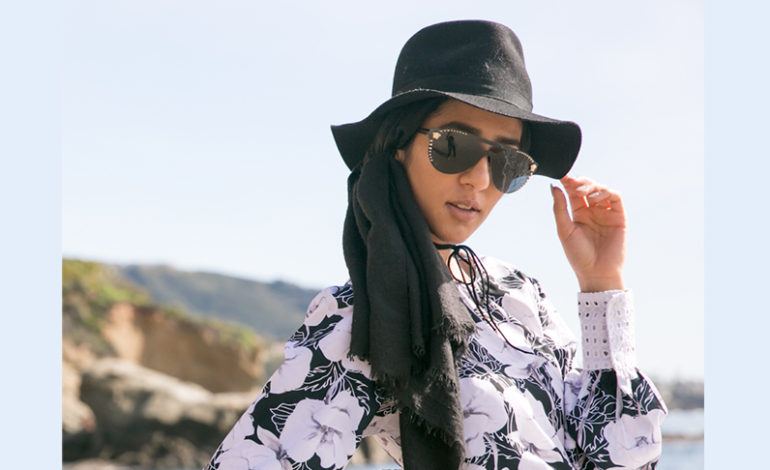 DEARBORN— Designer and Muslim convert Lisa Vogl, who launched her Verona Collection in February 2015, brought it to Macy’s at Fairlane Mall in Dearborn this past spring.

“We launched our brand to help make modest fashion be more accessible, especially for hijabi Muslim women like ourselves,” Vogl said. “We also had a goal to help break stereotypes and give Muslim women and women in general the confidence to be proud of who they are regardless if they choose to wear the hijab or not.

“We made it our goal to become a successful company on our own and then pursue a major retailer when we were ready,” she added. “…We weren’t going to stop until we achieved our goal.”

On how they approached Macy’s, Vogl said that she and Ammuss heard about the 2016 “The Workshop at Macy’s”, a week-long business development workshop for women- and minority-owned businesses. Theirs was one of eight companies selected to participate.

“It was at this time that the buyers at Macy’s were able to see first-hand that there was a high demand for modest fashion,” she said. “About one year later, on Feb. 15, 2018, Verona Collection launched on macys.com.”

“We have built an amazing partnership with the team,” she added.

In pursuing her goals pertaining to a minority group, Vogl said there are two ways to look at things in every situation.

“You can look at your situation to be an obstacle or an opportunity.”

Vogl was given advice to change her “modest” clothing line idea in order to succeed.

“I was told that I needed to ‘play the game’ and change for the industry,” she said. “…I remember the conversation like it was yesterday… I politely told him that won’t ever happen.”

Vogl, Ammuss and Hassan Mawji, the three directors on this project, together launched the first modest fashion brand in an American department store.

“We do receive our backlash,” Vogl acknowledged. “However, that never brings us down. We are here to serve our customers and to help make modest fashion more accessible.”