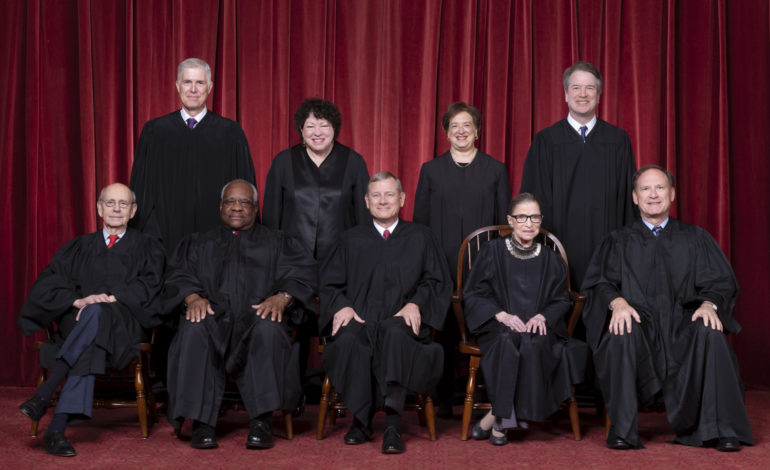 WASHINGTON, D.C. – A lack of an adequate explanation for the addition of the citizenship question to next year’s Census form has led the U.S. Supreme Court to rule against such an addition.

The decision is a significant blow to President Trump’s efforts to undermine the count and prevent nearly 6.5 million people in the country from being counted, a statistic offered by the Census Bureau’s own experts.

Federal judges in Maryland and California have also issued rulings to block the question’s inclusion, saying it would violate the Constitution’s mandate to enumerate the population every 10 years.

The court sent the issue back to the Commerce Department, which has to decide how it will proceed within its deadline to print the forms in the coming months.

The court also ruled that, in theory, the U.S. Constitution cannot prevent the Trump administration from adding a citizenship question.

The administration claimed that adding a citizenship question to the forms would strengthen voting rights laws.

Roberts said the explanation given by the administration was insufficient and “more of a distraction”, and that the federal government is required to give a reasonable explanation for its actions.

According to Reuters, documents surfaced last May that revealed that the late Thomas Hofeller, a Republican strategist and expert in drawing electoral district boundaries, was instrumental in instigating the addition of the citizenship question.

The Trump administration has dismissed this evidence as “conspiracy theory.”

Opponents of the citizenship question’s inclusion have said it could prevent immigrants from filling out the form for fears of information being shared with law enforcement.

According to the “72-Year Rule”, the National Archives cannot make Census data public for 72 years.

U.S. Senator Gary Peters (D-MI), ranking member of the Senate Homeland Security and Governmental Affairs Committee, said in a statement that the decision was a step in the right direction.

“The Census plays a vital role in our democracy by making important determinations for Congressional representation and federal funding,” he said. “Today’s decision is a step in the right direction to help keep the 2020 Census on track and ensure that every Michigander gets counted.”

Peters has supported the addition of $3.8 billion for Census operations in the 2019 government funding bill that passed in February.

Michigan Attorney General Dana Nessel gave her support, saying the Supreme Court’s decision, “has preserved – at least for now – the very foundation of our democracy and one of the founding principles of this country: Every person counts.

“Cities and states across the nation will now be able to accurately count their populations without fear that results will be used as a political weapon,” she said. “And undocumented immigrants should no longer need fear that their identifying information will be provided to Immigration and Customs Enforcement (ICE). Many city, county, state and federal district lines would be drawn inaccurately and would not reflect actual populations if millions of undocumented immigrants do not participate in the Census.”

Dr. Hayg Oshagan, directer of New Michigan Media, a coalition of ethnic and minority media outlets in Michigan, said the Supreme Court had made the right decision.

“The citizenship question was always meant to be a barrier to counting minority populations, a way to ignore and weaken us,” he said. “Now, we all have to work together to make sure ethnic and racial minorities are counted in the 2020 Census. The more we are counted, the more federal dollars come to help our communities and the more political strength we have across Michigan and in our cities.”