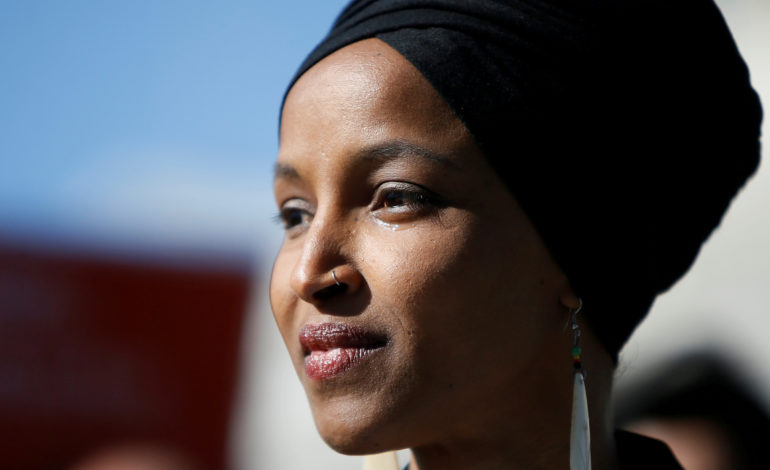 The paper's preference for the red meat of racism draws the ire of Ilhan Omar's defenders, who refuse to sell the tabloid

NEW YORK — More than a month ago, New York’s Yemeni-led bodegas began boycotting sales of the New York Post after the tabloid ran a cover story featuring Muslim U.S. Rep. Ilhan Omar’s words, taken completely out of context, splashed over a photo of the burning twin towers. In response to that story, the Yemeni American Merchants Association (YAMA) presented a list of demands to the New York Post that can be distilled to one central ask: Stop running racist stories that only serve to stoke fear and intolerance and start reporting responsibly.

Last week we learned that the New York Post will continue its three decades of racist reporting and not meet the demands of the so far 900 and growing of the roughly 5,000 Yemeni-American bodegas across New York City that are pushing for one thing: Honest, accountable journalism.

Newspapers should never be in the business of propping up stereotypes that endanger members of the communities they serve and our boycott of the New York Post constitutes a concerted effort to challenge the paper’s racist history in perhaps the only language they’ll understand: Economics.

With 900 stores currently participating in the boycott, we estimate the newspaper has lost about $270,000 during the first month of the boycott, based on the estimate that bodegas sell between 10 and 15 papers per day for $1 each and split the proceeds. As long as the editors continue to print content that endangers its readers, that number will continue to grow. And though it may have been the story about Rep. Omar that sparked our boycott, the New York Post’s attack on Omar is only the latest in a series of bigoted coverage stretching back at least 30 years, which together constitute an affront not only to journalistic accuracy but to the values our country strives to uphold.

Thirty years ago, the New York Post was one of many newspapers whose skewed coverage of the so-called “Central Park 5” may well have contributed to the jail sentences of the accused. In that now-famous 1989 case, five young men of color were accused of raping and murdering a White woman jogger, and each served several years in prison until their 2002 exoneration, at which point a convicted murderer’s DNA was found at the scene. But the paper’s racist take on that case remains alive in the newsroom: In 2013, the paper published an editorial absurdly claiming that there is “strong evidence to support” the guilt of the five young men.

Back in 2009, President Obama was the subject of the New York Post’s racist prism. On February 18, the newspaper ran an editorial cartoon depicting two policemen shooting a chimpanzee, a comment hovering over their heads: “They’ll have to find someone else to write the next stimulus bill.” Obama had signed that bill into law one day prior. The cartoon drew shock and condemnation from many, including civil rights activist Al Sharpton and then-Governor David Paterson. The cartoon’s significance was not only obvious, it was despicable: The New York Post was printing an age-old racist stereotype equating African Americans with apes.

Lest we assume that the New York Post only traffics in anti-Black bigotry, we must also recall a 2014 racist cover story depicting Japanese baseball player Masahiro Tanaka, newly signed with the Yankees, as a kamikaze bomber pilot. “$155M Bronx Bomber,” the headline screamed, over a photo of Tanaka poorly photoshopped as a pilot of a World War II-era Japanese plane. After the Asian American Journalists Association wrote a shocked letter to the newspaper’s managing editor, the New York Post changed the cover in subsequent print runs, but no apology was issued, and none of the original copies were destroyed.

Last month’s ridiculous cover story featuring Rep. Omar was just the latest example of the newspaper using its platform to amplify bigoted (and in this case, Islamophobic) stereotypes. It’s well-established that the comments from Rep. Omar referenced on that cover were taken out of context. But beyond that, the New York Post once again abandoned its responsibility for unbiased reporting and used its platform to amplify racism instead.

My Yemeni American community is demanding an end to this bigoted coverage from our local paper — and for me, this is not only a community mission, but it’s also a personal one.

Twelve years ago, my photo was the one featured on the New York Post’s front page. It was accompanied by an unsubstantiated story designed to stoke misplaced fear about my Muslim identity, based on a claim that every other responsible newspaper had already debunked. And it worked: That story cost me my dream job as principal of the first Arabic dual-language public high school in the U.S., an institution I founded. I lost a position of leadership and an educational mission that I worked for years to build, all because the New York Post believed its readers would prefer sensationalist bigotry over truth.

So, as the New York Post considers our demands, my fellow Yemeni Americans and I have one message for that publication: Enough. Enough twisting racist stereotypes to stoke fear among your readers. Enough running attention-grabbing news coverage that not only misinforms the public, but endangers the very community members you serve.

And no matter how the Post responds, the bodega owners and I will continue to stand up for the safety and dignity of our nation’s communities of color. We only hope the New York Post will do the same.By Debbie Almontaser/ Salon