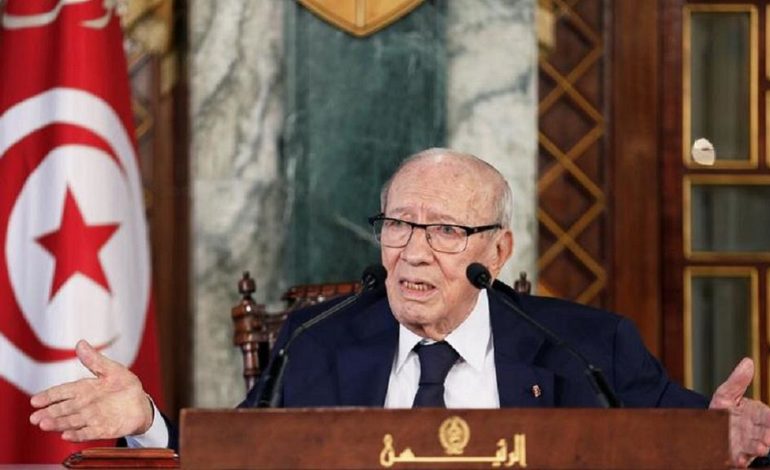 TUNIS — Tunisian president Beji Caid Essebsi, who became ill last week, left the hospital on Monday in “normal health” and was expected to resume work in the coming days.

“The head of state left the military hospital to his residence in Carthage after having received the necessary treatment and having recovered,” his office said in a statement.

Essebsi had been taken to a hospital last Thursday after suffering a “severe health crisis,” Reuters said. Politicians and social media users had been calling for transparency on his health prior to the announcement, using the hashtag “#we have the right to know.”

Essebsi’s term expires in November and he does not plan to run for reelection.

He has been a prominent figure in the country since the overthrow of autocratic leader Zine El-Abidine Ben Ali in 2011, after which similar uprisings took place across the Middle East including in Libya and Egypt as part of the “Arab Spring.”

Tunisia’s revolution was far more peaceful than neighboring nations, although attacks by militants have occurred over the years.

On Thursday, two suicide bombers blew themselves up in attacks on police in the capital city Tunis, Reuters said, killing one officer and wounding several others.