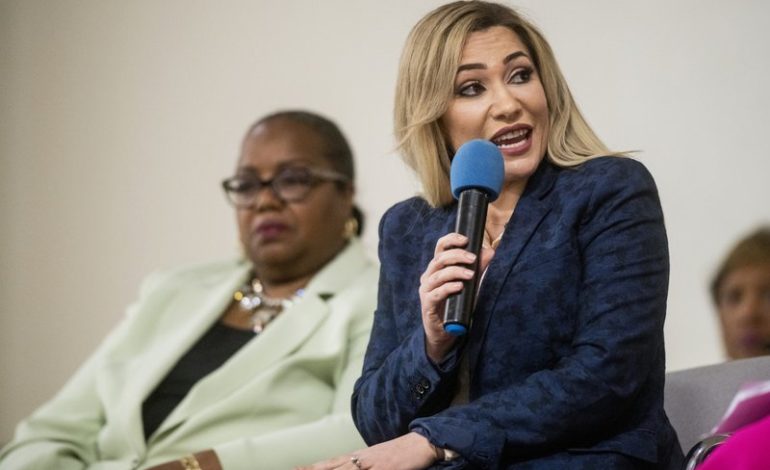 This was the first meeting of this kind and was held two weeks after the new investigative team dismissed all charges brought up against state officials. The new investigation was also marked by the confiscation of cellphones and iPads belonging to parties involved in the crisis.

Residents were given a chance to speak directly to Hammoud and Worthy and voiced their concern over the investigation’s revamp.

Many of these residents appeared shocked and frustrated over the decision to drop charges and extend the investigation beyond its three years under the previous administration. They were also saddened to hear of the new evidence that had either been redacted or uncovered during the previous investigation.

This included boxes of new evidence retrieved from a basement and hard drives with phone dumps.

“It is an honor to be here with the people,” Hammoud said. “We wanted tonight to be about the people and for the people, because we believe that it’s about time that the people are on the front lines when it comes to this investigation.”

Hammoud and Worthy spoke in tandem to clarify the limitations and apparent oversight of the last investigation.

Worthy explained that the original warrant recovered five devices from these agencies.

“When our search warrants were executed, we now have over 600 (devices)” she told an alarmed audience. “I hope it’s becoming clear to you why we had to start over.”

The audience expressed dismay when told that the new investigation had uncovered 20 million documents and that the statue of limitations runs out in nine months.

Residents had mixed reactions to the presentation, with some expressing support and others doubt over the new investigative efforts.

Many were frustrated when the moderator told the audience the meeting had gone over time and needed to end. She assured the audience that this would not be the last conversation between residents and investigators.

“You ended and we didn’t,” a resident said. “We’re not finished with you all.”