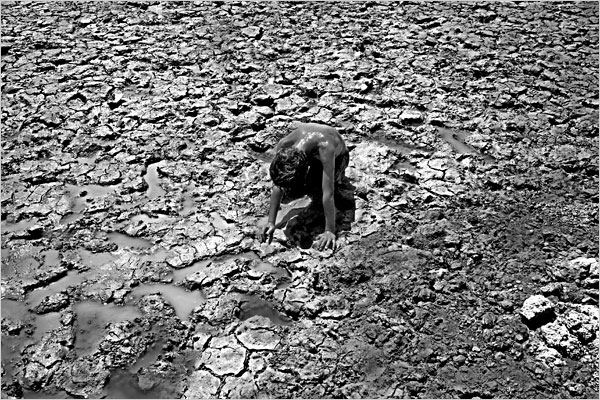 BAGHDAD — Iraq is in a fragile state and its great rivers including the iconic Euphrates and Tigris are dying, scientists say, as the country works to rebuild itself after thirty years of near constant war.

Iraq is now in the process of running out of water, which is sourced from the two mighty, historical rivers. Both run the length of the country supplying drinking water, irrigation, and hydroelectricity to a booming population.

But recently, the Euphrates has been reduced down to a quarter of its normal flow. In 2018, the Tigris sunk so low that people in Baghdad could wade across it.

The two rivers combine in a central point called the Shatt Al-Arab, but this area became so poisonous last summer that 100,000 people were hospitalized, sparking riots in the city of Basra, which was once nicknamed the “Venice of the Middle East.”

The region helps provide about 80% of the country’s revenue, but Iraq’s recovery is being held back by its lack of control over its own water supply, and its inability to clean it, according to a report from the website Vox.

Many of its key water cleaning and distribution facilities have been destroyed over years of war and airstrikes against the country, leading to a suite of problems that still persist, crippling the health of the local rivers and residents.

With about 71% of its water coming from Turkey and 10% coming from other nearby countries, Iraq has a serious water crisis on its hands at a time when clean water is needed more than ever.

The area is oil-rich, but protests in recent weeks over a lack of jobs and a lack of political structure have taken place. Residents say services haven’t improved much, although local leaders disagree.

“In previous years we have had an electricity crisis. This year, up until now, for the city center, Basra’s council has succeeded in supplying between 20 and 24 hours of electricity a day,” said Basra’s deputy governor Dr. Dhurgham Al Ajwady in an interview on Wednesday, before the protests.

“Basra is now better than all other regions of Iraq when it comes to electricity supply.”

The government has also provided drinking water stations, a mere band-aid on a growing problem.

If the country wants to rebuild, the Basra region is one of the most critical areas, and time is clearly of the essence: the fate of Iraq itself may hang in the balance.

For more information watch the video below: