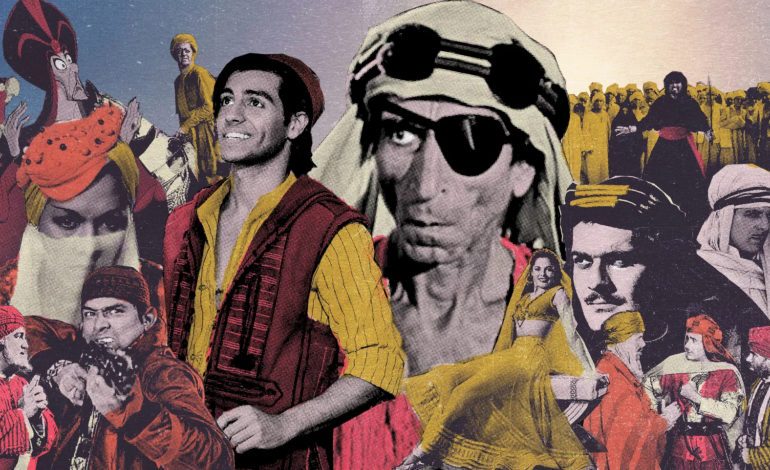 It’s been a long road to respect, equal rights, and fair, accurate representation for Arab American and Middle Eastern actors.

In March, Hollywood witnessed the coronation of the first-ever Arab American Best Actor award winner, Rami Malek for his role in “Bohemian Rhapsody”, as social media erupted in celebration.

And last month, director Guy Ritchie’s “Aladdin” remake surpassed the original in box office sales, correcting many false cultural depictions and offensive stereotypes in the process, including a song lyric referencing the Middle East’s “barbaric” culture that caused Shaheen to walk out of the original film in disgust.

These triumphs not withstanding, Arabs are still being predominantly cast as villains at worst and token, inauthentic characters at best. A 2018 study showed that 78 percent of all MENA (Middle Eastern and North African) actors were cast in villainous roles, such as terrorists or tyrants, as of the 2015-2016 television season.

For the many actors and actresses who paved the way for a Hollywood where successful minority-focused films are the norm, being “miscast” in these roles was a way of life.
Among them was the man known as the “first Arab American movie star”, whose story has long been forgotten: Mohammed Hassan Yachteen, known to American audiences as Frank Lackteen.

He may not have have received the accolades of his peers, but Lackteen, an immigrant from northern Lebanon (Beyrouth, Syria at the time) who was born in 1895 and was cast in his first film in 1915, was Hollywood’s iron man, a blue collar actor who made a career on roles few others wanted.

He portrayed characters of several different races — Mexicans, Asians, Africans, Arabs, Chinese and hundreds of Native American roles, most often in the role of a villain or other antagonist. Hassan Yachteen, known to American audiences as Frank Lackteen (seated) in Lost City of the Jungle (1946)
-Photo by the National Screen Service Corp.

By the time the dust settled on his five-decades long career, Lackteen was believed to have played as many as 500 roles, even appearing as an extra in Cecil B. DeMille’s “The Ten Commandments.”

A star of both silent pictures and the talkies, Lackteen, a self-described “character actor”, became one of the most indispensable professionals of his time and the world’s first Arab movie star, despite his lack of name recognition.

Lackteen paid his dues for decades, taking on roles such as “henchman”, “one-eyed Arab”, “cultist” and “old slave praying”, among others while cutting his teeth in the industry.

He made a name for himself on the western film scene, playing several roles as Native American chiefs.

Unfortunately, despite being praised as “one of the best heavy men the screen possesses,” Lackteen was never given the green light to showcase his full range of talents and eventually settled into his role as an in-demand, albeit overlooked, movie star.

In 1936, he signed his official birth name, Mohammed Hassan, on a U.S. document for the first time, under which he wrote the name he’d officially be changing it to: Frank Samuel Lackteen.

Five years later, it was approved.

Lackteen had successfully adopted to the American way of life.

But decades later, America’s film and television industry still hasn’t come close to getting it right, in terms of its relationship with Arab actors.

Classified as a MENA (Middle Eastern and North African) actor since his unlikely rise as one of Hollywood’s most productive and venerable actors, Lackteen’s career foreshadowed a century of stereotyping and marginalization from Hollywood’s power structure.

Nearly 12 years after the original debut of “Reel Bad Arabs”, Arab American and North African actors are still being marginalized, ignored and cast as “threats” in disproportionately large numbers, according to a September 2018 study from the MENA Advocacy Coalition, an industry advocacy group pushing for stronger and more nuanced MENA representation.

The study also found the following:

-92 percent of all scripted TV shows have no MENA regulars, including 97 percent of premium cable TV shows.

-90 percent of TV shows that do feature MENA actors include only one such character, increasing the potential for tokenization and stereotyping; more than half of those characters are not playing identifiably MENA roles.

-When MENA actors do portray MENA characters, 67 percent appear on crime or geopolitical dramas and 78 percent are trained terrorists, agents, soldiers or tyrants, continuing the legacy of the “villain” role Lackteen and other Arab American actors have been forced to play.

-67 percent of MENA characters speak with pronounced foreign accents, reinforcing the stereotype of MENAs as foreigners, the report said. Mena Massoud, the Egyptian-born star of the recent “Aladdin” remake believes that despite a lack of representation a new era is possible in Hollywood

What does the future hold for Arab Actors?

According to Mena Massoud, the Egyptian-born star of the recent “Aladdin” remake, there are many Middle Eastern actors working their way up through the ranks, showing potential to change the future landscape of the industry.

Despite a lack of representation, Massoud believes a new era is possible in Hollywood.

“I don’t feel a lot of pressure, but a lot of responsibility, ” he said to NDTV. “I think things are changing with Rami Malek winning an Oscar for doing an incredible job as Freddie Mercury.”

Massoud may not be a household name just yet; and most moviegoers are still likely more inclined to think of the animated “Aladdin” film and its Caucasian-voiced lead role.

But even in 2019, an Arab American lead character is a giant step forward, and a bridge to past actors like Lackteen who paved the way.

“I think this film is important for representation,” Massoud said. “Hopefully, if it does well in cinema, Hollywood can have confidence in the fact that you can put a Middle Eastern in a lead role or in an iconic role and it will still do well.”