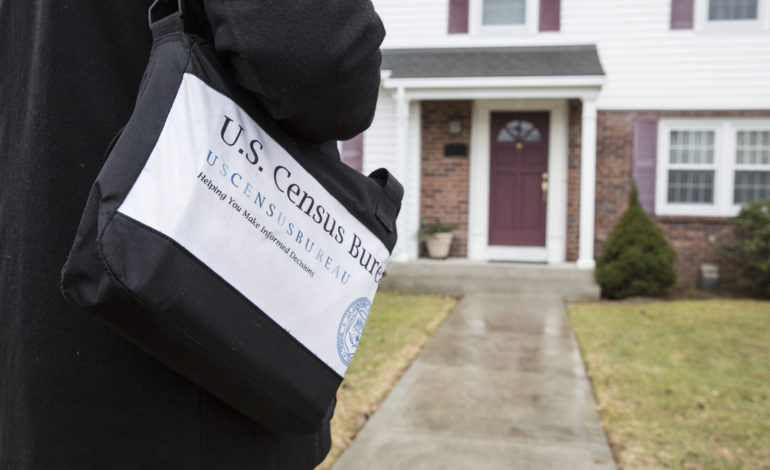 Justice Department attorneys indicated that the department has been instructed to examine all legal pathways to include the question in the wake of earlier Supreme Court decision. Photo Courtesy: U.S. Census Bureau

WASHINGTON, D.C. – The Justice Department is now looking for ways to include the citizenship question back to the 2020 census form after President Trump vowed to stay the course on the issue on Wednesday.

Trump ignored the time limitations and legal opinions issued at the end of last month by the U.S. Supreme Court that indicated the controversial question would be kept out of the forms that are already in the process of being printed.

“The News Reports about the Department of Commerce dropping its quest to put the Citizenship Question on the Census is incorrect or, to state it differently, FAKE!” Trump said in a tweet. “We are absolutely moving forward, as we must, because of the importance of the answer to this question.”

The announcement sent shock-waves through census planners and administration, with the Justice Department representatives consulting a federal judge in Maryland over a conference call.

The call came as officials from the Justice Department scrambled to find legal pathways to once again include the question, after officials, including Commerce Secretary Wilbur Ross, had accepted the Supreme Court decision and had planned to move on and begin printing the forms.

A transcript of the telephone conversation between Justice Department Special Counsel Joshua Gardner and others with Maryland District Judge George J. Hazel show that census officials are now uncertain as to the fate of the question’s inclusion.

Gardner had told Hazel a day before this phone conversation that the administration was ready to print the forms without the question. Hazel asked for clarification on this position after seeing Trump’s tweet on Wednesday.

“I’m going to ask, frankly, the same question I asked yesterday to Mr. Gardner,” he said. “Is the government going to continue efforts to place a citizenship question on the 2020 census?”

“The tweet this morning was the first I had heard of the President’s position on this issue, just like the plaintiffs and your honor,” said Gardner, in reference to the plaintiffs in the lawsuit against the Commerce Department presided over by Hazel. “I do not have a deep understanding of what that means at this juncture other than what the President has tweeted. But, obviously, as you can imagine, I am doing my absolute best to figure out what’s going on.

“I can tell you that I have confirmed that the Census Bureau is continuing with the process of printing the questionnaire without a citizenship question, and that process has not stopped.”

Speaking on behalf of one of the plaintiffs, La Unión Del Pueblo Entero, a low-income community organization, attorney Denise Hulett added that the court should stipulate that government officials not make contrary statements about the census form. “The President’s tweet has some of the same effects that the addition of the question would in the first place and some of the same effects on the 18-month battle that was just waged over the citizenship question,” she said, adding that these statements can lead the public to believe the Census Bureau is after citizenship information and is willing to violate provisions that protect vulnerable communities.

Hazel questioned whether the court had the power to enforce such a stipulation, guaranteeing the Commerce Department counteract any conflicting messages from other government officials or the President.

Justice Department attorneys indicated that the department has been instructed to examine all legal pathways to include the question in the wake of the Supreme Court’s decision.

“We think there may be a legally available path under the Supreme Court’s decision,” said Joseph Hunt, Assistant Attorney General for the Justice Department’s Civil Division. “We’re examining that, (and) looking at near-term options to see whether that’s viable and possible.”

Gardner called the current situation “fluid,” one which “we are trying to get our arms around.” Hazel emphasized the need for expedience to decide whether census officials will include the question.

“By Friday 2 p.m. I want one of two things,” he said. “I either want a stipulation, as we’ve been discussing, indicating that the citizenship question will not appear on the census, or I want a proposed scheduling order for how we’re going forward on the equal protection claim that’s been remanded to this court.”

As of now, the permanent injunction from the Maryland District Court preventing the government from adding the question is in effect.

It appears that the Supreme Court’s decision leaves room for the Commerce Department to adopt a new rationale for including the question. The government can also attach an executive order to an emergency application to the Supreme Court or take other unusual steps to bypass lower courts and bounce the issue back to the higher court.