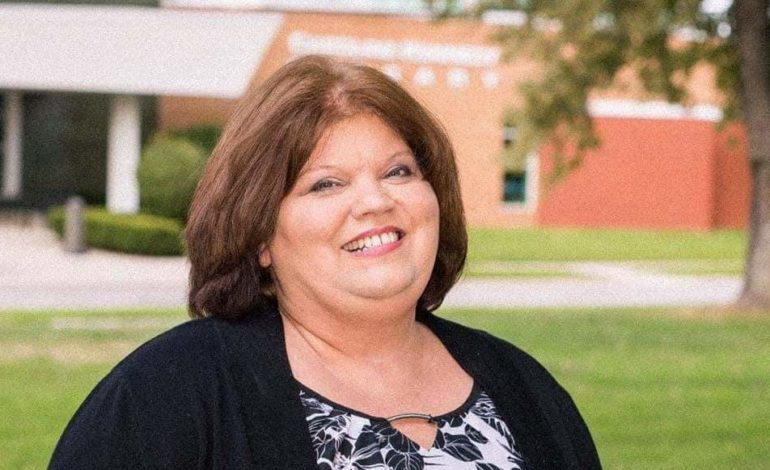 DEARBORN HEIGHTS – City Councilwoman Lisa Hicks-Clayton has served on the Dearborn Heights City Council for two consecutive terms and hopes to continue serving the city’s residents. With the primary election coming up on Aug. 6, Hicks-Clayton,  who will be one of nine candidates competing for three seats, spoke to The Arab American News about her career, her approach to Council politics, the need for cooperation in the current political environment and her 30 years in community advocacy and activism.

Her previous experience included teaching and a leading a child development center. Besides working in education, Hicks-Clayton said she has been interested in community needs from an early age.

“Being from a military family that moved around a lot, you learn to adapt but also do an assessment of your community,” she said. “I learned to assess the needs of people in the community and say, ‘what can we do to make things better for people?’”

She has called Dearborn Heights home for more than 12 years and appreciates living in a region that can boast a wide array of cultures. She takes many of the lessons she learned from being actively involved in associations on the army base she lived in with her family in California to her civic association and commission work in Dearborn Heights. She became involved in the city in 2010 as City Beautiful Commissioner, where she wrote a program to empower families and start recycling initiatives.

After being diagnosed with multiple sclerosis she began a new chapter and successfully ran for City Council in 2011.

Hicks-Clayton said she believes in bringing about cohesiveness, justice and a sense of belonging to her community through service. In her position as a councilwoman, this means being attuned to the needs of all demographics in her city.

“Coming from an educator background, I’ve always valued knowing things,” she said. “Researching facts and getting the backup on issues before I come forward to vote on them is important.

“This often means turning to objective sources and consulting experts at all government levels. Over the years, I’ve learned to network and develop relationships at these levels to ensure I maintain accuracy in my research.”

She is also involved in numerous volunteering programs, runs a food pantry and has founded a youth leadership program. Hicks-Clayton founded a youth group that is actively involved in many community projects, including neighborhood clean ups and food deliveries to needy residents.

“I wish people would understand how important local elections are,” she said. “The Council approves the budget, expenditures, contracts and local ordinance. We pass legislative acts through resolution. These are things your City Council does that impacts your life every day. They impact your bottom line and household budget.”

She said she is not in support of raising taxes. Recent efforts by the Council to reduce residents’ water bills has been a way to offset their tax burden.

She also said she’s saddened by the recent contention within city politics at large, with a majority of the Council seemingly poised against Mayor Paletko on numerous issues. Litigation brought up by the Council to look into city expenditure has been a dark mark and seems to have divided the council itself on finding ways to move forward.

“I do think the Council should be independently elected and that they function to check and balance the executive branch,” she said. “However, I also believe in being civil in how we address these issues. We have to work together to do what’s best for the community.”

She also said she firmly believes in a forensic audit because of inconsistencies in ledger accounts flagged by Plante Moran, the auditing firm hired by the city. She said the selection of a private law firm to conduct the forensic audit came out of a lawful and routine bidding process. She also stressed that the need for an outside firm would ensure that there is no conflict of interest during the investigation.

“We all need together through this,” she said. “If we find errors or mistakes, then we need to come together to own them and find solutions. We cannot allow the fighting that proceeds to continue.

“We have to work together, respect each other and be civil,” she added, when asked about what she thinks needs to be done to rectify and move on from divisiveness. “I think if we are honest and sit down and talk to each other, with respect and dignity, we can work through things. That is what I wish would happen going forward. I want Dearborn Heights residence to know I am here to work for them and that I believe in government working for all us.”

If Hicks-Clayton makes it through the primary, she will then be one of six candidates competing in the Nov. 5 general election.

Sorting out the votes in the Dearborn mayoral election