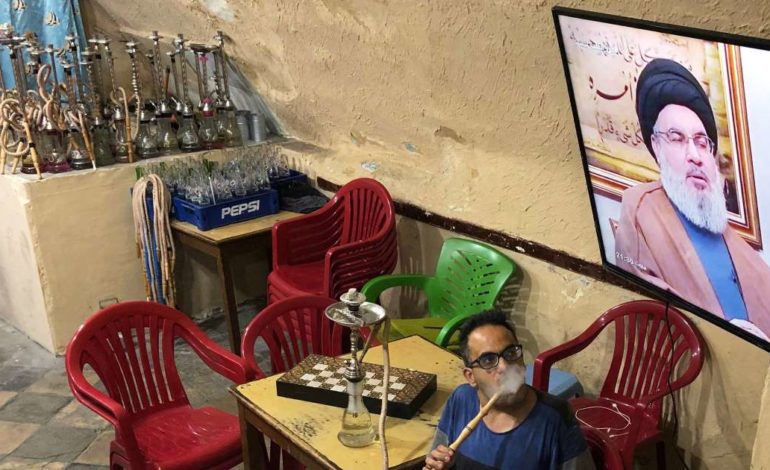 BEIRUT – The leader of Hezbollah said on Friday that Washington was seeking to open channels of communication despite ramping up sanctions against the Iran-backed movement’s officials.

“Trump’s administration is seeking to open channels of communication to Hezbollah in Lebanon through mediators. … These are the American pragmatists,” Sayyed Hassan Nasrallah said in an interview with Hezbollah’s al-Manar TV without elaborating.

There was no immediate comment from the U.S. State Department on the assertion.

New sanctions this week marked the first time the United States has targeted lawmakers of the heavily-armed Shi’ite Hezbollah, which is part of Lebanon’s coalition government.

The U.S. Treasury added three Hezbollah figures to its sanctions list, including two Lebanese MPs and a security official.

The move widens a U.S. campaign that since 2017 has designated 50 people and entities linked to Hebzollah, which Washington classifies as a “terrorist” organization.

Nasrallah called the new sanctions “an honor” that came as “part of the ongoing battle” against Hezbollah and its allies.

“What’s new is the affront to the Lebanese state,” Nasrallah said.

“At the end of the day, Hezbollah is an important part of the country. The Lebanese government will tell the Americans, as it has before, that these are a part we can not ignore.”

A U.S. State Department official said on Tuesday that the message was that the rest of the Lebanese government “needs to sever its dealings” with these officials.

Lebanese Prime Minister Saad al-Hariri said on Wednesday that the sanctions moved in a “new direction,” but would not affect government work.