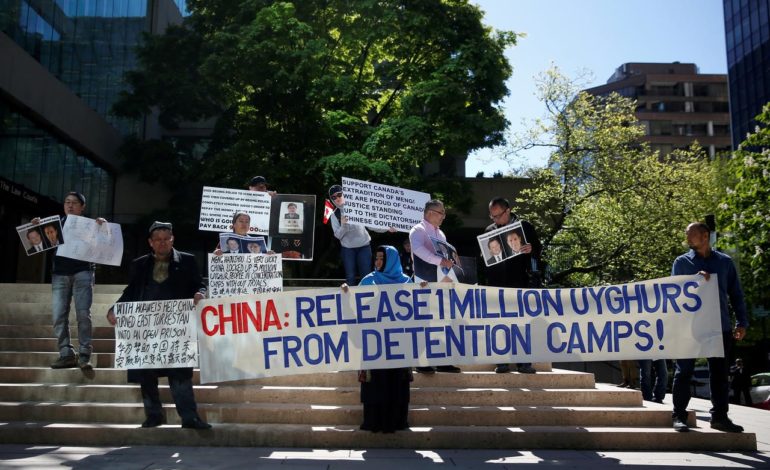 GENEVA – Saudi Arabia and 36 other states have written to the United Nations supporting China’s policies in its western region of Xinjiang, according to a copy of the letter seen by Reuters on Friday, in contrast to strong Western criticism.

China has been accused of detaining a million Muslims and persecuting ethnic Uighurs in Xinjiang, and 22 ambassadors signed a letter to the U.N. Human Rights Council this week criticizing its policies.

But the letter supporting China commended what it called China’s remarkable achievements in the field of human rights.

“Faced with the grave challenge of terrorism and extremism, China has undertaken a series of counter-terrorism and deradicalization measures in Xinjiang, including setting up vocational education and training centers,” the letter said.

The letter said security had returned to Xinjiang and the fundamental human rights of people of all ethnic groups there had been safeguarded. It added there had been no terrorist attack there for three years and people enjoyed a stronger sense of happiness, fulfillment and security.

As well as Saudi Arabia and Russia, the letter was signed by ambassadors from many African countries, North Korea, Venezuela, Cuba, Belarus, Myanmar, the Philippines, Syria, Pakistan, Oman, Kuwait, Qatar, the United Arab Emirates and Bahrain.

Beijing has denied any human rights violations in the region and Chinese Ambassador Xu Chen, speaking at the close of the Council’s three-week session on Friday, said China highly appreciated the support it had received from the signatories.