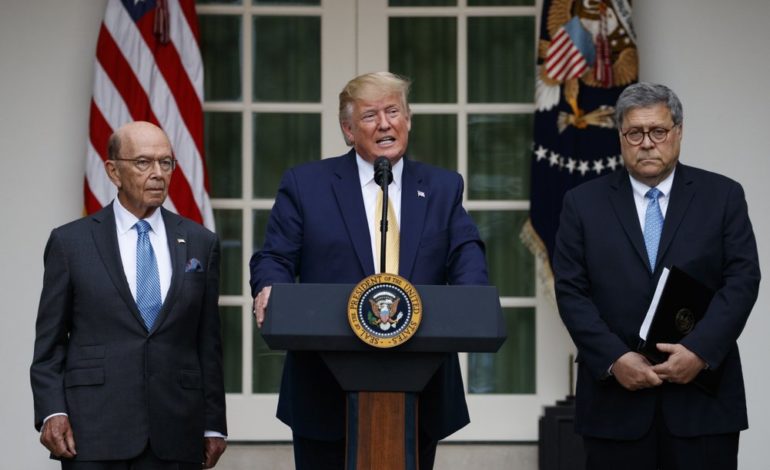 WASHINGTON, D.C. –  President Trump took to the podium in the White House Rose Garden on Thursday to announce that the citizenship question will not be included in the 2020 Census. Instead, he has issued an executive order to every federal department and agency to provide the Commerce Department with records of the number of citizens and non-citizens in the country.

After facing severe legal challenges, including rulings by the Supreme Court and three district judges, Trump has effectively abandoned his plans to include the controversial question in next year’s census forms. The administration seemed poised to continue fighting to place the question on the form, as it put further pressure on the Justice Department to cooperate last week. The result was an unexpected and unexplained change to the legal team in the department’s civil division.

“We are pursuing a new option to ensure a complete and timely count of the non-citizen population,” he said.

The government has already begun a costly and lengthy process to print the census questionnaire without the citizenship question.

The Census Bureau already has access to Social Security information, as well as information from other agencies and departments that require citizenship information. On top of this, the American Community Survey polls 3.5 million American households every year and includes questions about the citizenship status.

In a 2017 email to the Justice Department, the deputy Census Bureau director had pointed out that combining information from the survey with records from federal agencies would yield better and less expensive results regarding citizenship information than including a question in the census questionnaire itself.

Commerce Secretary Wilbur Ross rejected this conclusion and ordered the question to be added to the form. A lengthy legal battle ensued, with the administration finally caving under legal opinion and public outcry.

In spite of these facts, Trump said that he was in no way “backing down” and that these new steps will provide the administration with an even clearer picture and determine the citizenship status of more than 90 percent of the population. He said this executive order would remove longstanding barriers to sharing data between agencies.

“We’re aiming to count everyone,” he said. “Ultimately this will allow us to have a more complete count of citizens than through asking the single question alone.”

Up till now, many analysts had wondered what maneuvers the administration would have to come up with to include the hotly debated question on the census. Some had predicted Trump would sign an executive order to tag the question on the form after it had been printed. Some conservative analysts also theorized that Voting Rights Act itself mandated the citizenship question be made available to the federal government.

Trump himself did not help matters, often taking to Twitter to blast critics and naysayers, calling news of every judicial defeat fake.

For the Trump administration, this is obviously a step back to a strategy originally proposed by census officials.

“It’s a retreat back to what he should have done from the beginning,” said Kenneth Prewitt, a former Census Bureau director, told the Associated Press.