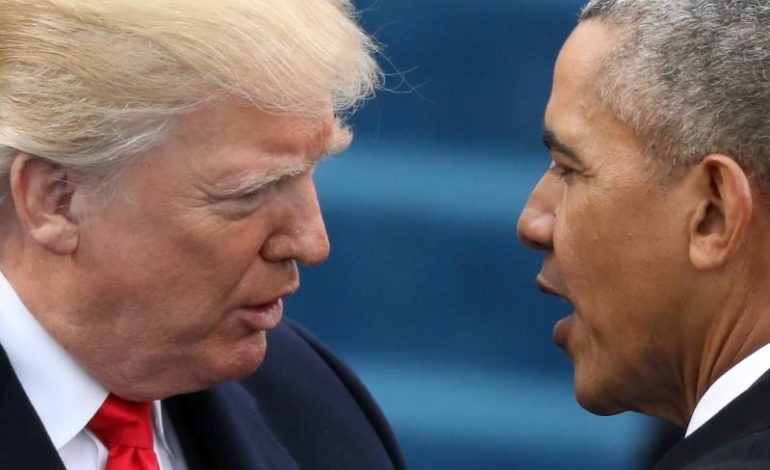 LONDON — A newspaper in the UK published additional leaked memos from Great Britain’s ambassador in Washington, D.C. on Sunday, despite a warning from police that doing so may be considered a crime.

One 2018 cable published by the Mail on Sunday included information that UK ambassador Kim Darroch said President Trump pulled out of an international nuclear deal with Iran as an act of “diplomatic vandalism” in order to spite former president Barack Obama.

“The outcome illustrated the paradox of this White House: you got exceptional access, seeing everyone short of the president; but on the substance, the administration is set upon an act of diplomatic vandalism, seemingly for ideological and personality reasons — it was Obama’s deal,” Darroch wrote.

The memo was written in a failed attempt to persuade the U.S. not to abandon the Iran nuclear agreement, the cable said, after then-Foreign Secretary Boris Johnson visited Washington.

Last week, Darroch announced his resignation after the newspaper published cables during which he branded the Trump administration as dysfunctional and inept.

Trump called the ambassador a “pompous fool” on Twitter, a report from the AP said.

Those responsible for the leak are currently being sought by police. Publishing of the documents by media members and journalists “could also constitute a criminal offense,” the report added, although Johnson and Jeremy Hunt, the top two contenders for the role of Britain’s next prime minister, have come to the defense of the media’s rights.

“We have to make sure that we defend the right of journalists to publish leaks when they are in the national interest,” Hunt said.

The leak is also being investigated as a potential breach of the Official Secrets Act, which prevents public servants from making “damaging” disclosures of classified material.

Those who break the act may face a maximum sentence of two years in prison, although prosecutions for doing so are rare, the AP reported.

No evidence of hacking has been found as of yet, British officials said. Politicians or civil servants in London are among those being investigated as possible sources of the leak.