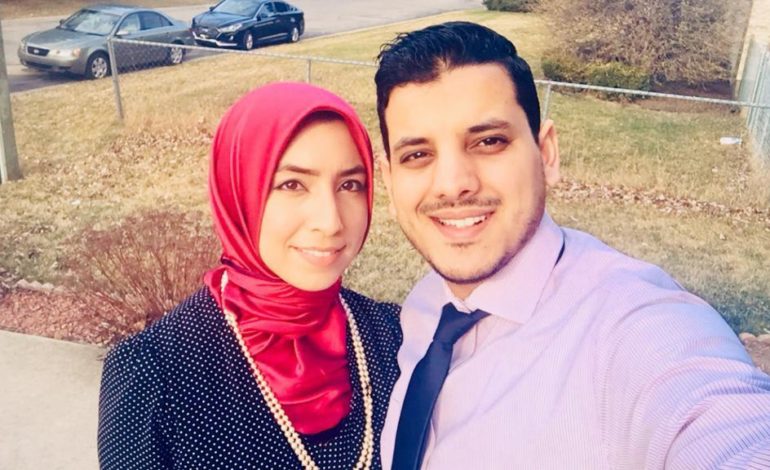 YPSILANTI – The Michigan chapter of the Council on American Islamic Relations (CAIR-MI) is filing a civil rights complaint on behalf of a Michigan couple who were told to “go back to their country” by an employee of a Tim Horton’s in Ypsilanti.

Amy Doukoure, staff attorney at CAIR-MI, told the Arab American News that on June 28, Alla Kouider and her husband, Ameur Dhaimini, who reside in Ann Arbor, were traveling up north with extended family, including Dhaimini’s parents.

They stopped in Ypsilanti to get coffee at a Tim Horton’s on Michigan Avenue. They went through the drive-thru, where Dhaimini ordered two coffees, an iced cappuccino and a coffee with single cream.

“When they got to the window, the clerk was very rude to them,” Doukoure said. “She ended up shouting at them and only gave them the ice-capp.”

When asked about the other coffee, the clerk insisted Dhaimini had only ordered one and had not been charged for the other. He was asked for his credit card again after already paying. He was never given a receipt and could not determine what he had been charged for.

Dhaimini handed his card over again. The other coffee was made, but had too much cream in it. The clerk told him to come inside if they had a problem.

The couple went inside where they were met with further shouting from the clerk. She refused to serve them and said the couple was making too big a deal over some coffee.

“At the drive-through, the wife was seated at the back of the car and could not be seen through the window,” Doukoure said. “She argued with clerk inside the store and demanded her money back.

“The couple finally decided to leave and call the store’s corporate offices to complain. As they walked away, the clerk shouted, ‘why don’t you go back to your own country, b**ch.’

Onlookers and employees did not come to the couple’s aid and simply watched on.

The couple completed their vacation and called the corporate offices on Monday, July 1. They contacted CAIR-MI after receiving no word from Tim Horton’s.

CAIR-MI is now filing a complaint with the Michigan Department of Civil Rights, claiming that the behavior at the store constituted a violation of the Civil Rights Act, which bars businesses open to the public from discriminating against patrons based on religion or perceived national origin.

“Once the clerk saw the couple together, she refused to serve them,” Doukoure said. “We are alleging the couple was denied accommodations in a place open to the public. People should not have to endure this type of treatment or harassment for simply trying to get a cup of coffee.”

CAIR-MI said it believes that Dhaimini’s accent caused the initial ill-treatment from the clerk. The couple is Algerian American. They will speak at a press conference at CAIR-MI’s Farmington Hills offices on Friday, July 19.