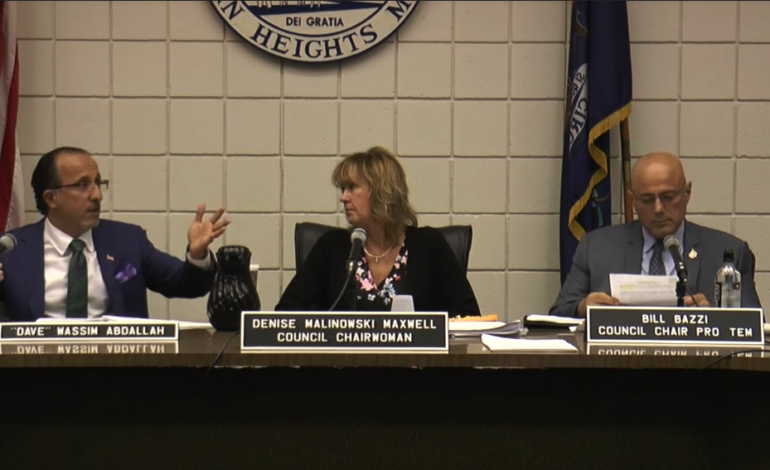 DEARBORN HEIGHTS – Dearborn Heights has a new ordinance that limits the number of hookah licenses issued in the city to seven. There are currently seven active licenses in the city. The ordinance also has spacing requirements and restrictions on business hours, requiring lounges to be closed between 2 a.m. and 8 a.m.

Anyone wishing to obtain a smoking lounge business license that exceeds the cap of seven will have to petition the City Council for permission. The ordinance does not make clear what this petitioning process will entail.

Dearborn Heights City Council voted 5-2 last week to override Mayor Paletko’s earlier veto of the ordinance. The adoption of the ordinance was discussed during a study session on June 25, during which Paletko, Councilman Dave Abdallah and City Attorney Gary Miotke raised concerns about its implications.

Residents and business owners spoke out during two separate City Council meetings following the proposal of the ordinance.

Some residents and business owners talked about Dearborn hookah lounge Sky Lounge’s proposed new location in the old Palma Bistro building in Dearborn Heights. They claimed the business has had a checkered past. The owner, Ayman Taleb, acquired the building late last year and was issued permits by the city to begin construction.

Dearborn Heights’ building department confirmed with The Arab American News that Taleb had received permission to build a hookah lounge at the location. A moratorium on hookah lounges was placed months later while the City Council drafted a new ordinance concerning hookah licenses.

Attorney Amir Makled, who represents Taleb, said during public comment on June 25 that the ordinance would restrict usage of hookah lounges by Muslims who gather at the establishments at late hours during Ramadan.

He also said the ordinance contained land use regulations and is therefore subject to challenge under the Zoning Enabling Act. It is also subject to state preemption, as Michigan already has laws for smoking facilities. Miotke raised the same issue during the earlier study session.

Public comment opened last week with Makled threatening litigation if the Council overrode the mayor’s veto against the ordinance. He pointed out that his client had already submitted plans and was approved by the city to build the new hookah lounge.

“This is something that will be challenged in court,” he said.

Abbas Khalil, owner of the Lava Lounge in Dearborn Heights, said Sky Lounge would be a bad apple in a city where hookah lounges run clean and obey laws. He said the business was “Dearborn’s nightmare.”

The matter was further complicated by claims from Hassan Aoun, owner of the now closed Palma Bistro, who told the Council that his brother and business partner had conspired to sell the building to Taleb, without informing him of the deal.

Paletko protested the ordinance’s adoption and said that it was clearly “defective.” He said the ordinance should have gone through the Planning Commission before being considered by the City Council.

In his veto, Paletko insisted that this ordinance would restrict economic activity and would bring about a monopoly for the existing hookah lounges. His veto was subsequently overturned.

Makled could not be reached for comment at press time. It is unclear at this point where the proposed litigation against the city for adopting the ordinance stands.