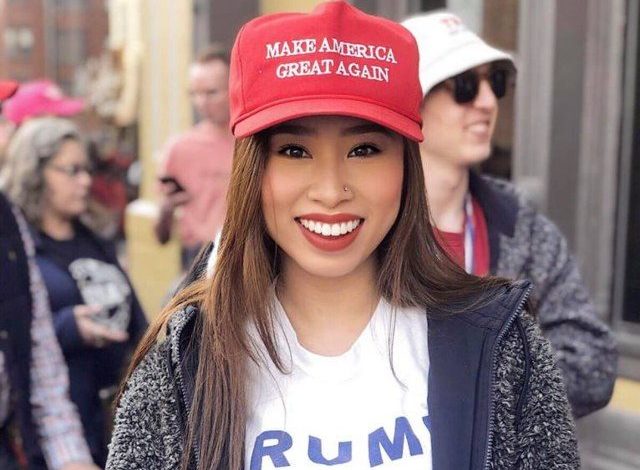 Kathy Zhu, a Chinese American student at the University of Michigan, was recently dethroned as Miss Michigan World.

Kathy Zhu, a Chinese American student at the University of Michigan, was recently dethroned as Miss Michigan World by pageant representatives regarding tweets which they considered to be religiously and racially “offensive” and “inappropriate.” As we believe in freedom of speech, which includes issues that are contentious and controversial, the dethronement of Zhu is not an issue of free speech nor an attempt to silence her conservative views. Miss Michigan World officials have the right revoke the crown as they deem fit if an individual represents stances which step outside of the bounds of the values and mores that the title represents. As it relates to Zhu’s tweets and her defense of them in local and national media appearances as “facts”, we would like to focus more on the completely nonfactual statements that she has made regarding Muslims. Zhu’s tweet relating to a college which she previously attended before the University of Michigan stated, “There’s a ‘try a hijab on’ booth at my college campus. So you’re telling me that it’s now just a fashion accessory and not a religious thing? Or are you trying to get women used to being oppressed under Islam.” Zhu has continued to double down on this by stating that Muslim women have been stoned and crucified in Muslim majority countries for not wearing the hijab. Her continued untrue statements pertaining to women being stoned and crucified for not wearing the hijab were either being made out of complete ignorance of public life in Muslim majority countries stretching from Senegal and Lebanon to Turkey and Malaysia or due to knowingly championing the talking points of the far-right Islamophobia network. Moreover, she invoked similar rhetoric that professional Islamophobes frequently focus on, which are the minuscule amount of extreme vigilante style attacks that have taken place against Muslim women in a few pockets as a justification to advance anti-sharia legislation throughout America.

If Zhu wants to advocate on behalf of Muslims, she should speak out against the Chinese government denying the freedom of worship to Muslims, instead of criticizing Muslim women wearing the hijab.

Beyond her bogus statements about Muslim women being widespread stoned and crucified for not wearing the hijab, the trope that oppressed Muslim women need to be saved is a very tired one. Misogyny is a global challenge for sure, including in America, but the framework that Muslim women who wear the hijab are supposedly oppressed and need to be liberated by Western sensibilities is rooted in racist notions. Women who wear the hijab are not in need of Zhu to speak on their behalf nor be their savior. If she wants to advocate on behalf of Muslims, speaking out against the Chinese government denying the freedom of worship of Muslim females and placing them in so-called re-educate camps would be more fitting than speaking on Muslim women wearing the hijab.