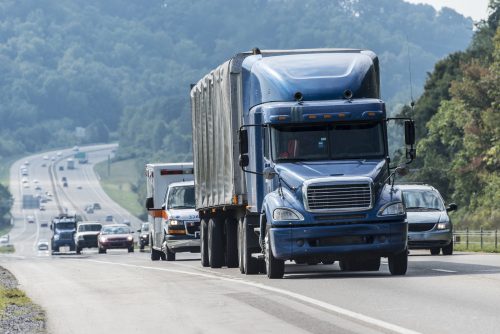 DETROIT — Commissioners for Wayne County unanimously supported a resolution opposing any legislation that would increase the weight and length of tactor-trailer trucks traveling on county roads on Thursday, a press release said.

“We know here in Michigan what this does to our roads, and what it has done to our roads,” Chair Alisha Bell, D-Detroit said. “Safety for all drivers and our infrastructure should not be compromised and this body will not approve any legislation that calls for an increase in weight or length of trucks.”

The resolution states that any increases beyond the current capacity of county infrastructure would cause excessive damage to roads and bridges and increase safety risks for motorists.

According to Bell, other counties throughout the United States have adopted similar legislation.

Currently, there are 78 structurally deficient bridges in Wayne County, according to Federal Highway Administration data. In addition, only 16 percent of the roads in the county are considered to be in “good condition” according to recent data from the Southeast Michigan Council of Governments (SEMCOG).

The resolution urges action by the Michigan Legislature and Governor Gretchen Whitmer to propose and enact legislation that would enforce strict weight limits to protect the integrity of the state’s infrastructure.

A copy will be provided to senators Gary Peters and Debbie Stabenow, both Democrats, for further consideration.