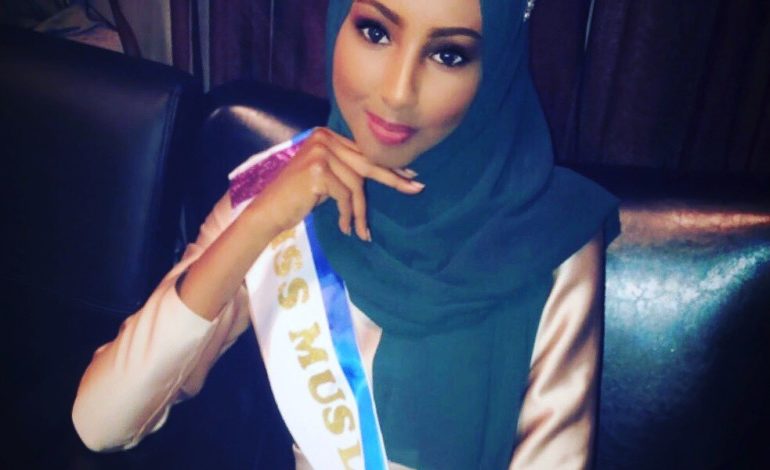 Mohamed joined hands with runner-up Andrea Rahal of Dearborn as her name was announced.

The competition featured a variety of different segments, including best abaya, best burkini and best performance.

Rahal is a mother of two and a certified medical assistant who previously worked in a hospital emergency room.

Mohamed graduated from high school at age 16, becoming a student at the University of Wisconsin-Madison with plans to major in mechanical engineering.

She has received the senatorial award for outstanding academic excellence and outstanding young person award from the Urban League for Outstanding Academic Excellence. She has spent her free time volunteering in special needs classrooms, marathons and a local opera house.

Mohamed said she was proud to be a part of the pageant, which was first held in 2017.

“You are in turn empowering women and anyone hindered by being different from the status quo,” she wrote on her application form.

“The Miss Muslimah USA Pageant is the first of its kind that allows Muslim women to compete without sacrificing any of their beliefs. The pageant celebrates courage, modesty, poise and grace in women who will become role models for not only Muslims but every person in the United States and internationally. It shows that there are no barriers to achieving your dreams whether they are in the form of a hijab, the Muslim head-covering, or present themselves in other forms.”