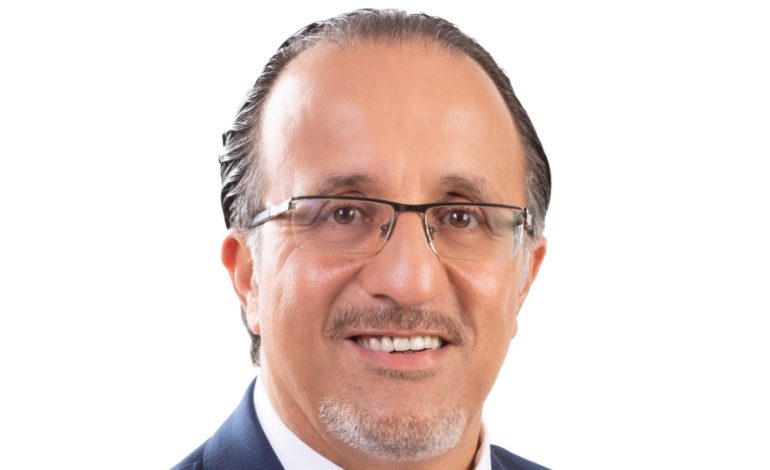 "This is not personal for me, it’s about our 63,000 residents." Incumbent Dave Abdallah is one of nine candidates competing for three seats on the Dearborn Heights City Council.

DEARBORN HEIGHTS — With the clock counting down on next week’s Dearborn Height’s City Council primary elections, The Arab American News caught up with Councilman and Century 21’s real estate whiz Dave Abdallah to talk about his background and political ethics.

Abdallah moved with his family from Lebanon to Dearborn in 1976 as a 10-year-old due to the war in Lebanon.

“I was brand new to the school system,” he said. “I had spoken Arabic and French previously and had to start from scratch here.”

He attended Salina school in the south end of Dearborn. He graduated from Fordson High School in 1984 and went on to attend the University of Michigan-Dearborn.

He double majored in business and graduated with a B.A. in business administration and specialized in managerial economics, finance and marketing.

He found work in the finance industry but could not imagine himself working in the field for any considerable amount of time.

“I was looking for a job in the marketing field,” he said. “I decided to do real estate on a temporary basis until I found a new job, and here I am 31 years later.

“I had never thought of real estate as a career, but it ended up being a good match for me. I started doing well, I enjoyed it and therefore ended up staying.”

Abdallah has been with Century 21 from the beginning of his real estate career. He is proud of this permanence and consistency and does not think of himself as someone who “bounces around.”

“What I really enjoy about my real estate career is the excitement I see in buyers when they’re buying their first home, or a home in general, and helping someone with the challenges that come with trying to sell a home,” he said.

“Usually, someone sells to move into a bigger or smaller house or are relocating. This is usually a big challenge for families and helping them solve this challenge is very exciting and gratifying for me.”

At a recent campaign kick-off in Dearborn Heights, Abdallah’s colleagues at Century 21 attested to his passion and commitment. Councilman Dave Abdallah pays respect to the national anthem beside his daughter during the fundraising event at the Bellagio Banquet Center in Dearborn Heights, Wednesday, June 12 – Photos by Abbas Shehab

His interest in municipal politics came about as an extension of his interest and involvement in politics for the last 20 years.

“I was primarily involved with different political organizations,” he said. “Political action committees like AAPAC and directorships on various boards.

“I never had the opportunity to personally run (for a seat or office) because I couldn’t leave my day job. Eventually, I decided to get into politics myself. The advantage of a City Council seat is that it’s not a full-time job. It allows me to keep my real estate career while also serving my community.”

Having lived in Dearborn for decades, he decided it was time to give back. His Council position comes with its own set of challenges.

“You’re not always going to get everyone to agree with you,” he said. “But, I am up for that challenge and realize that it is the territory that I am entering. I enjoy helping the community and the city I live in.”

Abdallah’s real estate experience has given him insight into the economic conditions of the greater Metro Detroit area, and Dearborn and Dearborn Heights more specifically.

“This area has shown consistent high demand,” he said. “The reason we have had high demand is because Dearborn Heights is a safe city with good schools and good public services. All three of these can be improved on but these are the reasons why people have consistently sought this area.”

He said that even in times of market declines, Dearborn Heights has done comparatively better than surrounding communities and continues to do so.

He finds a healthy, collaborative working relationship between the City Council, the administration and city departments to be crucial in maintaining this prosperity and economic interest.

“If all of us, as a whole, don’t do our job right, the demand in our area will definitely drop,” he said. “Fortunately, we have done our jobs right, but there’s always room for improvement, in all of us.

“What we’ve been pushing for is continuous economic development,” he added. “We’ve seen this occur especially along the corridor of Ford Road and it has spilled over on to Warren Avenue. With Ford Motor Company moving in 11,000 employees into the former Masco building, our focus is now on Van Born and the revitalization of the area through repaving, lighting, etc. I’m going to be pushing this project as a councilman.”

He said he wants to help attract more businesses in the area as part of the city’s economic development plan.

“As a realtor, I’ve realized that when more businesses are operating in an area, and more economic development occurs, people become increasingly confident moving into it.”

Abdallah said he believes in researching issues thoroughly and diligently as a way to improve his service to Dearborn Heights residents as a councilman.

“I take every decision I make very seriously,” he said. “And I am aware of the immense responsibility that comes with being a councilman.

“This is not personal for me, it’s about our 63,000 residents. I service the entire community, be it the north side or south side of Dearborn Heights, the different school districts and the economic struggle in the city. My father instilled in me service of others at a young age. I truly believe that we are here, as humans, to serve each other, and I am honored to serve the people in our community.”

There are nine candidates competing for three seats on the Dearborn Heights City Council. The top vote six vote getters in the August 6 primaries will go on to compete in the November 5 general elections.

Dearborn Heights is comprised of 27 distinct polling locations. Congressional, state representative and school districts designations are included at the end of the following list: